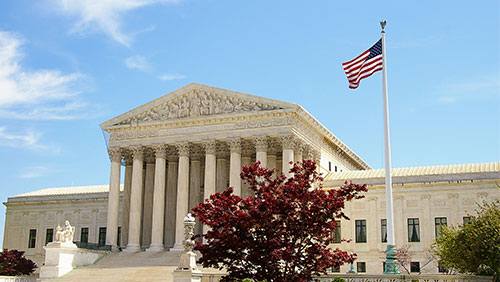 As the wait continues for the U.S. Supreme Court to issue its decision on the reversal of the Professional and Amateur Sports Protection Act of 1992 (PASPA), the list of groups wanting to get in on the action continues growing. First, it was the NBA and then the MLB and the NFL. Then, tennis wanted in. At least 20 states are anxiously awaiting the decision so they can launch sports gambling operations. Now, tribes have spoken up.

The tribes expressed their concern that they could be left out if PASPA is overturned, according to a CDC Gaming Reports. At a recent meeting of the tribes at the 2018 National Indian Gaming Association Tradeshow and Convention in Las Vegas, the National Indian Gaming Association (NIGA) passed a resolution requesting the Congress to absolve PASPA as well as create legislation that would allow the tribes to offer sports betting. The tribes argue that they are at a disadvantage against commercial casinos, and don’t have the authority to enter into the sports gambling industry.

The NIGA is comprised of 184 federally recognized tribes that have been granted certain protections by the U.S. Congress through the Indian Gaming Regulatory Act (IGRA). One of these protections includes the right to operate tax-free casinos on their tribal lands.

The resolution goes further, addressing state governments, as well.  It said that “lawmakers should fully recognize and protect Indian gaming operations and satisfy the NIGA Principles of Sovereignty.”  The group also indicated that the rights specified by IGRA, as well as other tribal-state gaming compacts, have to be protected. NIGA seeks to be granted access to operate tribal sports betting sites on those states where it could become legal and, like with their casino operations, expects the operations to be free from taxes.

PASPA has two components that impact the tribes. The first is a limitation on government entities allowed to conduct sports gambling operations of which tribal governments are a part. The second, more critical component stipulates that sports gambling is illegal on Indian lands as laid out in the 1988 IGRA act.

Aurene Martin, a member of the Bad River Bank of Lake Superior Chippewa, was quoted by the news outlet saying, “Depending on the wording on the case and how it comes out (from the Supreme Court), it could end up that the prohibition against the states is repealed but the prohibition against the tribes remains. I think that’s unlikely, but it’s definitely a possibility. We have seen some unusual things happen in Indian country in the last ten to fifteen years. It’s conceivable the Supreme Court could do this.”