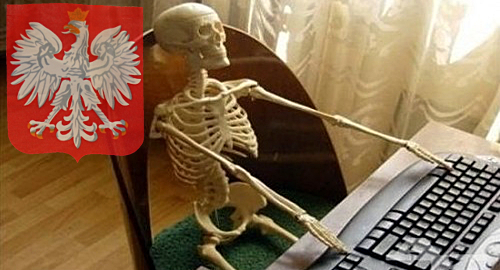 A Polish trade association has publicly slammed the government for making it too difficult to register with Polish-licensed online sports betting operators.

Late last month, Pracodawcy RP (Employers of the Republic of Poland) published a missive accusing the Ministry of Finance of “making it difficult to develop the bookmaking market” and “hindering” local operators’ ability to compete with internationally licensed gambling sites.

Under this process, customers could fill in minimal data, make a deposit and place a wager before the impulse escapes them. Full registration would have to be completed within 30 days, and withdrawals would be impossible until full registration was done.

This simplified process is something local operators have been advocating for a long time, but the situation is growing urgent as the 2018 FIFA World Cup – and the accompanying betting bonanza – draws ever nearer.

Studies have shown that online gamblers have a tendency to abandon the account registration process if too many steps are required. Łukasz Czucharski, Pracodawcy RP’s in-house tax expert, was quoted in the group’s appeal saying frustrated Polish punters would opt for simpler sign-ups with international sites in order to place their World Cup wagers.

Czucharski added that the Ministry has approved simplified registration for some Polish-licensed bookmakers but not others, a scenario Czucharski blamed on “the mentality of the Polish official and ordinary bureaucracy.”

Czucharski attempted to motivate the Ministry by pointing out that losing punters to international bookmakers doesn’t just hurt Polish operators but also the government, given that the state charges a preposterously high 12% rate on betting turnover. (That’s the real reason punters are choosing international sites, but we digress.)

In other Polish gambling news, the Totalizator Sportowy lottery and gaming monopoly’s new Playtech-powered online casino isn’t expected to launch until September or October, but the monopoly plans to roll out the first of its new slot machine ‘salons’ this month. The pilot project will start opening the first of around 50 venues featuring a total 1,221 devices before month’s end.