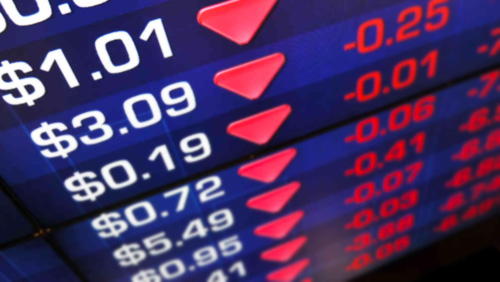 Last May 21, International Game Technology Plc (IGT) reported first-quarter revenue of $1.21 billion, a 5% increase year-on-year. It also reported a 65% increase of operating income, reaching $197 million for the same period. Despite the significant gains, just barely a week later, the company saw its stock value slide 16.2% from a May 14 high of $30.59 to $25.64. That fall came following reports of political uncertainty in Italy—where IGT has a substantial footprint—and, now, analysts with Deutsch Bank Securities Inc. (DBS) say that the market overreacted.

In a report, a copy of which was obtained by GGRAsia, DBS analysts Carlo Santarelli and Danny Valoy called the decline “overdone,” noting that the drop in stock price was unnecessary. The pair said, “We attribute the weakness to the following, in no specific order: 1) the secondary offering of 13.2 million [IGT] shares; 2) concerns around the euro; 3) concerns around Italian regulation given government uncertainty; and 4) a more trading-oriented shareholder base.”

The analysts further explained, “For every EUR0.01 move [softening] in the euro, relative to the U.S. dollar, IGT’s annual EBITDA is impacted by US$9 million. This is purely a translation impact and has no impact on cash/cash flow. Further, we would note that roughly half of IGT’s debt is denominated in euros, and as such, the face value of debt declines by approximately US$35 million for every EUR0.01 the euro moves lower.”

There has been political turmoil brewing in Italy for the past several years, stemming from the financial crisis from 2007 to 2009. Talks of a possible exit from the European Union (EU) have begun to surface, and have had an impact on the markets throughout the EU and the United States. However, the country’s interim prime minister, Carlos Cottarelli, has begun working diligently with legislators to avoid having the issue turn into a larger ordeal.

When IGT released its first-quarter results, the firm’s major stockholder, De Agostini SpA, announced a “variable forward transaction” tied to some IGT shares. DBS reported afterwards that this spooked some investors, causing the share price to drop. However, in its latest report, DBS noted that the company’s valuations on “both a free cash flow and enterprise value/EBITDA basis, represent a very compelling risk/reward scenario.”

The man above the game: A GAME ABOVE welcomes Bill Pascrell, III as President – A GAME ABOVE, North America
Press Releases
6 hours Ago