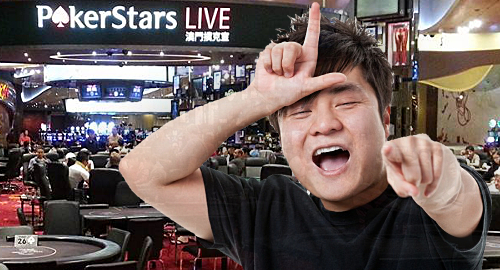 Poker was always a money-loser at the City of Dreams Macau casino, according to Melco Resorts & Entertainment (MRE) boss Lawrence Ho.

On Tuesday, MRE hosted an exclusive preview of Morpheus, the new hotel at MRE’s City of Dreams property in Macau. The visually striking 772-room hotel, which carries a $1.1b price tag, is scheduled to open to the public on June 15, pending receipt of the necessary permits from Macau regulators.

MRE CEO/chairman Ho told his invited guests that Morpheus was an “architectural masterpiece, the world’s first free-form exoskeleton high-rise” that would “satisfy the dreams of tomorrow’s most sophisticated international travelers.”

MRE has already declared that Morpheus’ gaming operations won’t focus on VIP gamblers and thus there will be no need to strike deals with Macau junket operators. Instead, the property intends to focus on the premium mass segment, which is more profitable for casinos due to the elimination of the junket middleman.

Speaking to reporters on Tuesday, Ho said that the live poker business “was never profitable” and thus the “big collaboration with PokerStars” that began in 2013 was deemed to have run its course. Referencing Macau’s infamous cap on the number of gaming tables available to casino operators, Ho noted that the PokerStars club “was taking up gaming tables and taking up space.”

However, Ho added that MRE liked to “experiment with new segments,” and thus MRE planned to open “a dedicated eSports stadium” at MRE’s Studio City property in Macau “hopefully before the end of the year.” Indirectly labeling poker an old person’s game, Ho said Studio City will also open “Asia’s largest virtual reality zone” in a bid to attract a younger clientele.