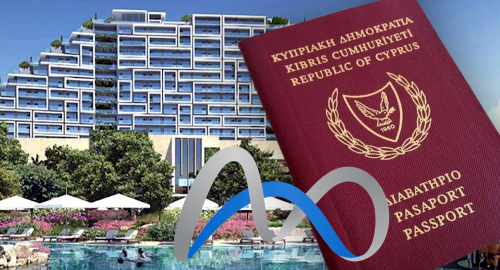 Casino operator Melco Resorts & Entertainment (MRE) is under fire in Cyprus after some top executives were granted local citizenship under a controversial program.

In August, an investigation by broadcaster Al Jazeera revealed that 18 executives of Melco Investment Holdings had filed a collective application for citizenship in July 2019 under the Cyprus Investment Programme (CIP).

The CIP allowed wealthy foreigners to obtain Cypriot citizenship by plowing at least €2.5m into local development projects. Earlier this month, following an Al Jazeera broadcast on the topic, the Cypriot government announced that it would end the CIP effective November 1.

MRE currently operates three satellite casinos and a ‘temporary’ larger casino in Limassol under its Cyprus Casinos offshoot. The company continues to develop the €550m City of Dreams Mediterranean integrated resort, which was originally scheduled to open in late-2021 but pandemic-related construction delays are expected to push this start into 2022.

The 18 Melco directors and their families were apparently permitted to bypass a requirement that CIP applicants hold residency permits for at least six months prior to applying. Applicants are also required to purchase homes worth €500k and pay local tax totaling €100k over three years, but three years hadn’t passed between Melco winning the sole Cyprus casino license and the awarding of the passports in July 2019.

Al Jazeera reported that Melco said they acted entirely properly in accordance with the CIP, but Cyprus Auditor General Odysseas Michaelides said this week that his office is investigating the process by which the Melco-related applications were fast-tracked.

On Saturday, Michaelides slammed the government for refusing to turn over documentation on the cabinet decision that fast-tracked the Melco application. Attorney General Giorgo Savvides pushed back, issuing a statement saying his office “is the guardian of the constitution and the laws” and “should be allowed to continue its work without hindrance.”

This week, the European Commission (EC) announced it had opened infringement proceedings against Cyprus and Malta for their respective ‘golden passport’ schemes. The EC says awarding citizenship in this fashion “undermines the integrity of the status of [European Union] citizenship” and gave both countries’ governments two months in which to respond.