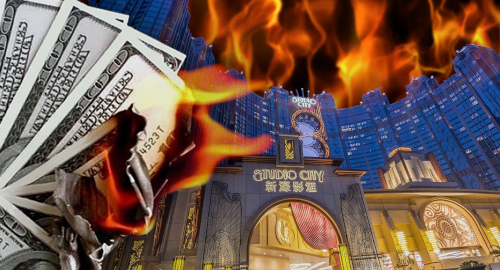 Casino operator Melco Resorts & Entertainment (MRE) lost over $331m in the third quarter of 2020, with only its Manila and Cyprus operations reporting positive earnings.

Figures released Thursday show MRE generated revenue of $213m in the three months ending September 30, an 85% decline from the same period last year. The company reported negative earnings of $76.7m versus earnings of $418.2m last year, while booking a net loss of $331.6m versus an $83.2m profit in Q3 2019.

The net loss was only slightly better than the $368m MRE tossed on the bonfire in Q2 2020, but MRE boss Lawrence Ho nonetheless hailed the “moderate recovery” enabled by the resumption of MRE’s Cyprus and Manila casino operations, while holding out hope that Macau will start to show benefits from China’s relaxed travel rules.

Manila casinos have been operating at only 30% capacity since their late-August post-pandemic reopening, and while City of Dreams Manila’s Q3 revenue was down two-thirds to $43.4m, the property managed to eke out $5.2m in earnings for the quarter.

Part of the Manila earnings story was a vastly improved VIP win rate of 2.68% which, while still below the expected range, represented a dramatic turnaround from Q3 2019’s 0.89% win and helped to offset the 77% decline in VIP turnover.

Ho offered no comment Thursday regarding Philippine media reports that the government has authorized casinos – including City of Dreams Manila – to offer online gambling to local residents to offset the land-based restrictions. The government has yet to clarify exactly what types of gambling will be permitted under what level of regulatory limits.

In Cyprus, MRE’s reopened temporary and satellite casinos generated revenue of $20.5m and earnings of $6.3m, both of which were down about one-quarter year-on-year. VIP turnover was down 99.5% but that actually proved fortunate, as VIP win was a remarkable -36%. By contrast, slots handle was essentially flat year-on-year.

Despite the company’s largely dire performance, MRE CFO Geoff Davis noted that stricter cost controls meant the company could now achieve breakeven earnings on “mid-to-high 20% range of our pre-COVID gross gaming revenue levels.” That’s an improvement over the 30-35% range the company cited as its breakeven point in Q2.

Davis added that MRE was currently operating at “about 35%” of its previous volume, most of which was coming from mass, and in particular, premium mass. While the company “played a bit unlucky” in the month of October and had incurred “roughly $10m” in bad debt provisions, MRE was “marginally in positive EBITDA territory.”

COO David Sisk dismissed concerns that MRE would suffer from China’s crackdown on ‘cross-border’ gambling and the effect this would have on junket operators, as junkets accounted for only “about 10% of our profitability.” Sisk believes junkets are presently “being cautious” in terms of choosing which players to bring to Macau, in part because they may be “struggling in terms of their doing some collections a little bit.”

Ho believes there will be “some long-term positives” from China’s focus on “overseas gaming,” as Chinese gamblers who might have gone to other jurisdictions will now refocus on Macau.