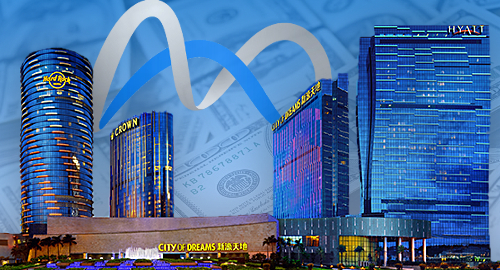 Casino operator Melco Resorts & Entertainment (MRE) posted a hefty rise in its third-quarter profits thanks to a record showing by its mass market gaming segment.

MRE’s flagship Macau casino City of Dreams reported revenue up nearly one-third to $787.3m while earnings jumped by nearly three-fifths. The property’s VIP turnover jumped by nearly $5b to $17.2b while VIP win rate nudged up slightly (although still below the expected range of 2.85%-3.15%).

City of Dreams’ VIP bonanza wasn’t reflected in MRE’s other Macau properties, as Studio City reported its VIP turnover falling by nearly half to $2.77b while Altira Macau was down nearly 30% to $4.05b.

However, all three properties reported gains in both mass market table drop and mass win percentage, pushing overall mass revenue up 22% year-on-year. Gaming machine handle was also up across the board, prompting MRE CEO Lawrence Ho to celebrate both mass tables and slots reaching “all-time-record-highs” and the 16th consecutive quarter of improving mass market table drop.

In the Philippines, City of Dreams Manila reported revenue falling 8% to $130.5m, while earnings dipped nearly 10% to $49.9m. “Increased competition in the market” led to VIP turnover falling by one-fifth, while VIP win rate fell to a truly abysmal 0.89%. Mass market drop and win were also down, albeit by smaller margins, while gaming machine handle was the lone positive, rising around 10%.

MACAU’S VIP MARKET: NOT GROWING BUT DECLINE SLOWING
On the analyst call, Ho was asked whether Macau’s shrinking VIP market was showing any signs of recovery. Ho said the VIP market had “started to stabilize,” at least early on in Q4, and while he wouldn’t go as far as to say MRE was seeing VIP growth, he hoped for “a moderation in terms of the decline.”

Ho said much of the recent decline was due to the ongoing China-US trade war and the resulting devaluation of the Chinese yuan, but Ho also blamed the “noise about Suncity et cetera et cetera” for putting the fear of God (and/or Beijing) into the hearts of Chinese VIPs.

Ho appears to have been referring to Chinese authorities public statement in July accusing the Suncity Group junket operator of illegally offering online gambling products to mainland residents. Ho said the publicity surrounding that announcement and its unspoken implications was “probably a shock to the market and a shock to some of the guests’ confidence.”