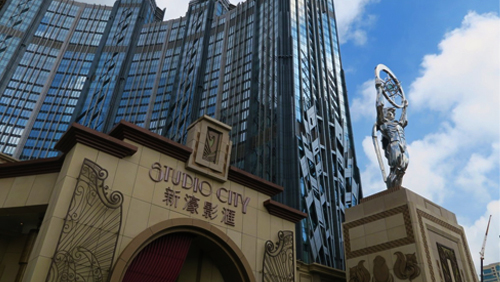 Casinos on the Mediterranean island nation of Cyprus are going to help the country increase its economic independence. As the local industry continues to take shape, Melco Resorts & Entertainment, the only company to be given a gambling license on Cyprus, has worked diligently to help that industry grow and has just added a new feather to its cap. The biggest casino on the island just welcomed its one-millionth patron.

Melco is behind Cyprus Casinos (C2), a local consortium that is running the gambling show on Cyprus. Its venue in Limassol has made headlines with the help of a regular patron, Oana Georgiana Luca, who popped in on July 18. Luca was reportedly there not only as a dedicated member of the casino’s rewards program, but also specifically to become visitor number one million.

As a result of achieving the milestone, Luca was given $5,500 worth of jewelry provided by Michalis Diamond Gallery, as well as a complimentary dinner for herself and three guests at the casino’s Columbia Bistro.

C2 has four casinos on Cyprus – Limassol became the first when it opened in June of last year. Since then, two satellites were opened, one in Larnaca and one in Nicosia, and a third was just inaugurated last month. That one is located in Ayia Napa.

All four venues are helping to revitalize the local economy and are designed, in part, to drum up support for the bigger City of Dreams Mediterranean (CODM) integrated resort (IR) that is currently being built by Melco on the island. That venue is expected to open by the end of 2021 after pushing back its summer 2021 launch date.

CODM is being developed by ICR Cyprus, a company of which Melco is a part. The parent company of Melco Resorts, Melco International Development, Ltd., had a huge stake in ICR, but Melco Resorts announced in June that it planned on purchasing the stake. That purchase has now been completed, according to an announcement by Melco International from this past Wednesday, and Melco Resorts now owns 75% of ICR. The deal was reportedly worth $375 million. The remaining 25% is owned by a local company, Cyprus Phassouri Ltd.