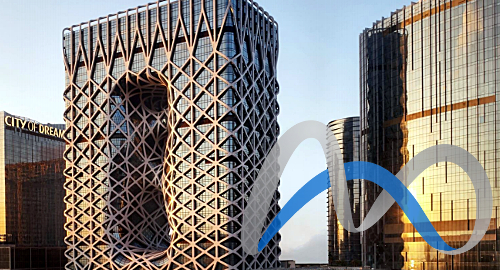 MRE’s flagship City of Dreams Macau property had a banner quarter, with operating revenue up 37% to $791m, spurred by the ramp up of its Morpheus addition (pictured) and the opening of a new VIP area on the property’s second floor.

That second floor helped City of Dreams’ VIP table turnover and revenue jump 42% and 55%, respectively, aided by an above average hold (3.16%). Its mass market tables were also on fire, with table drop up 16% and revenue rising 29%.

In the Philippines, City of Dreams Manila saw its VIP turnover decrease by more than one-third but an absurd 5.2% win rate helped stop the bleeding. Sadly, the mass market proved unable to ride to the rescue this time, as mass table drop dipped two points.

On the analyst call, MRE was asked whether the Suncity Group junket’s recent decision to suspend proxy betting would have any impact on its Manila operations. City of Dreams Manila senior VP Kevin Benning said the property had “ceased providing video feeds for marketing purposes,” without providing any timeline when this change was made. Benning said it was “too hard to draw any conclusions” on the impact of this decision.

MRE treated the second quarter of 2019 like a bear preparing for hibernation, gorging on everything in sight. In May, MRE acquired a nearly one-fifth stake in Australian rival Crown Resorts. The following month, MRE acquired the 75% stake in the in-development City of Dreams Mediterranean project in Cyprus held by MRE’s parent company Melco International Development.

MRE continues to hungrily eye the Japanese market, be it in Osaka or Yokohama, and promises to deliver a resort with a “unique Japanese touch.” In May, the company released artists’ impressions (below) of its proposed Osaka integrated resort City of the Future. This is just our opinion, but we’re not sure that a ‘dead sea turtle’ theme (check out the small round building on the right) sends the best message of what the future has in store.