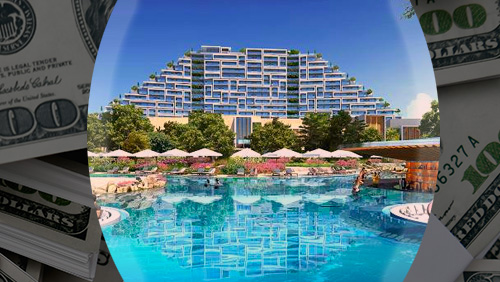 Melco International Development is selling its entire stake in the City of Dreams Mediterranean (CODM) project being built in Cyprus. This doesn’t mean that the company won’t maintain an interest in the integrated resort (IR), though. The stake is only going down the hall to one

of its own companies, Melco Resorts & Entertainment.

Melco Resorts announced Monday that it has signed an agreement with its parent company to purchase the complete lot of ordinary shares in CODM held by the latter. This will give it a 75% equity interest in ICR Cyprus Holdings, the company that is behind the CODM project in Limassol, as well as other casinos around the country.

The deal is reportedly worth $375 million. It will see Melco Resorts acquire the equity shares in exchange for 55.5 million ordinary shares that are the equivalent of around 18.5 million U.S. depositary shares. The exchange still has to be approved by regulators in Cyprus and must meet standard closing conditions. It will also require the drafting of a new shareholders agreement on the part of Melco Resorts that would obligate the company to “provide certain corporate-level management services to the ICR Group for a fixed amount of EUR2 million ($2.27 million) per annum.”

ICR has three casinos on Cyprus—two satellite casinos in Nicosia and Larnaca and one temporary casino in Limassol. The latter was established to help drum up local gambling interest while the permanent casino is being built. It opened last June, while the other two started accepting patrons last December.

Another satellite casino is going to open in Paphos this summer and a fourth in Ayia Napa before the end of the year. All of the venues are owned by ICR.

CODM is expected to be complete sometime in 2021 after having its previous 2020 launch date pushed back. When it’s ready, it will boast of a casino offering over 1,000 slot machines and 100 gaming tables, a hotel with 500 rooms and suites, a meetings space, outdoor amphitheater, multiple restaurants and more. It will reportedly be the largest IR in all of Europe and will be the first venue for Melco outside Asia.