Home / Casino / Macau is no longer the City of Dreams for PokerStars; IPT postpones Macau event 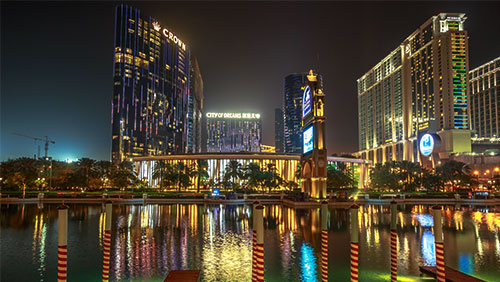 More bad news for the Asian poker community as PokerStars curtail their relationship with the City of Dreams, the Galaxy Macau says zaijian to cash games, and the International Poker Tour curtail Macau event.

I have a feeling I am going to be spending some time in Asia this year. A part of me that wants to track down my biological sperm donor. The faint thought appears like the heartbeat of a dying man, usually when I am in the urinal trying to avoid the splash backs.

Where would I start looking for him?

I know, when he was younger he was deported to Hong Kong for his part in an armed robbery. If there’s such a thing as a gambling gene, I think the best place to start looking may be the poker tables of Macau.

The list is growing shorter than a penis during a Sunday league game of football in January.

Not So Much Poker in Asia

According to the Asian-facing poker news site SoMuchPoker, the aftershocks that accompany the news that the Chinese Ministry of Culture plans to ban all poker playing apps (playing and advertising) from June 1st, are having a profound effect.

Alisports’ (a subsidiary of Alibaba, and nothing to do with 40-thieves), has postponed the International Poker Tour (IPT) stop in Macau until further notice.

The  HKD 5,000,000 GTD Main Event was scheduled to take place at the Venetian May 16-20, but in the wake of the decision to ban online poker, Alibaba needs to have a fresh look at their strategy.

The success of the IPT Macau was always going to rest on Alisports’ ability to leverage their social poker app to send players to the event. With that tributary closed, there is no way for the fish to find the game. Add the fact that Alisports use the IPT as a promotional tool for their new online platform; then you are staring at a complete and utter shit show right now.

There was a piece of golden sweetcorn sitting in the steaming pile of mess.

A snippet of the IPT’s press release appeared on SoMuchPoker stating that plans are afoot to reschedule ‘2018 matches’.

In addition to the IPT news, SoMuchPoker also noted that PokerStars’ relationship with the City of Dreams in Macau had also come to an end. Considering the pair just held a record-breaking Macau Millions (2,499 entrants), you have to conclude that the Chinese ban affected the decision by both parties to end their relationship. PokerStars VP of Communications, Eric Hollreiser, told PokerNews that his team are still interested in building their live brand in Asia.

And the Galaxy Macau will no longer offer cash games at the joint.

So, if I am going to find the old man, my search will have to begin at the Wynn, and then extend to the Venetian, before ending at the Macau Billionaire Club.

Let’s hope, when I find the dude, that he’s not a fish.