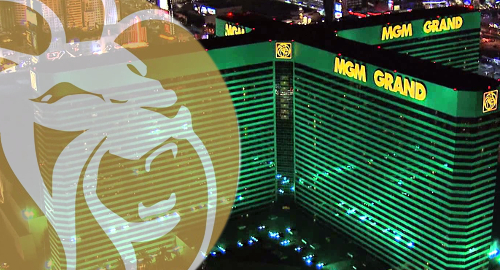 Casino operator MGM Resorts International’s first quarter results got another boost from Trump’s tax cuts, but it wasn’t enough to offset declines at its domestic resorts.

However, that net income figure got a $94m non-cash boost from the new US tax rules. A similar phenomenon boosted MGM’s Q4 results by a significantly larger windfall just as the new tax rules took effect.

Revenue at MGM’s domestic resorts slipped 1% year-on-year to $2.1b, while domestic earnings slipped 4.8% to $616m. Gaming revenue held its own, but room revenue slipped 5% primarily due to lower occupancy at MGM’s Las Vegas Strip properties.

MGM’s deal with the MGM Growth Properties real estate investment trust (REIT) required it to pay rent of $189m in Q1, while its operating partnership with the REIT allowed it to receive distributions of $82m during the period.

MGM CHINA GETS COTAI BOOST
MGM China’s revenue rose by one-quarter to $596m, thanks to an $85m contribution from the new MGM Cotai property since its February 13 launch. MGM’s original Macau property MGM Macau suffered no cannibalization from the launch of its sister property, with revenue rising 7.4% to $510.8m.

MGM SPRINGFIELD TO OPEN AUGUST 24
MGM announced Thursday that its new $950m MGM Springfield property in western Massachusetts will open on August 24. MGM’s name has been bandied about as a potential buyer of rival Wynn Resorts’ Wynn Boston Harbor casino project, but Wynn CEO Matt Maddox said Wednesday that the project “is not up for sale.”

However, on Tuesday Maddox admitted that Wynn could be forced to sell its Boston project if a Massachusetts Gaming Commission probe finds that Wynn’s board was complicit in covering up sexual harassment allegations against Wynn’s former boss Steve Wynn.

MGM CEO Jim Murren said the company doesn’t “comment on rumors,” and while MGM remained open to exploring “opportunistic” development projects, these would have to offer “a very high return” for the company and its shareholders.

Murren also said it would be “an extraordinary step back” for the company to burden itself with hefty additional expansion costs on any project outside of the company’s previously stated ambitions in Japan.

GOLDEN KNIGHTS OFFSET BOXING DISAPPOINMENT
MGM was hoping for big things from its MGM Grand property in Vegas hosting the May 5 tilt between boxers Canelo Alvarez and Gennady Golovkin, which was abruptly cancelled last month after Alvarez failed a drug test.

However, Vegas’ newest sports sensation, the National Hockey League’s Golden Knights expansion franchise, is making a solid run in the Stanley Cup playoffs, boosting business at the T-Mobile Arena, a joint venture with MGM and the Anschultz Entertainment Group.

MGM execs said the average Knights fan was more of a ‘mid-tier’ customer but the team had become “everyone’s second favorite team,” ensuring a steady stream of sports tourists to Vegas. Should the Knights advance to the final round of the playoffs, MGM expects a more high-end customer to flock to the city for the event.

Speaking of sports betting, Murren addressed the imminent US Supreme Court ruling on the constitutionality of the federal PASPA sports betting prohibition. Murren claimed his lawyers were confident that PASPA would be overturned, and MGM “intend to be the biggest beneficiary” from the ruling due to the company’s self-proclaimed “singular dominance in sports so far.”

HERE COMES THE SUN
Finally, MGM recently announced that it had teemed with a Chicago firm to develop a 100-megawatt, 336k-panel solar array on 640 acres of Nevada desert that will eventually power all 13 MGM properties on the Vegas Strip. The MGM-Invenergy Solar Project expects to be operational before 2021.