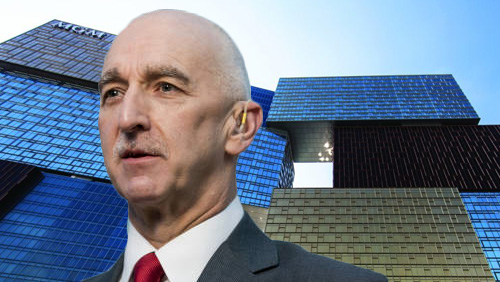 The opening of the multibillion-dollar casino resort on the family-friendly Cotai strip is MGM China’s biggest gamble to date, especially now that its local gambling concession will expire in about two years. MGM agreed that its newest investment in Macau was a leap of faith.

“We live in a world with many business distractions. Any business needs to have the resilience and capacity,” MGM China CEO Grant Bowie told Bloomberg TV. Bowie is confident that the Macau market can “overcome any of these challenges that present themselves.”

MGM Cotai will debut with 100 new-to-market casino tables, plus an additional 77 tables transferred from its older resort.

Union Gaming analyst Grant Govertsen is expecting MGM Cotai to “ramp in a similar manner, if not faster, than the other new resorts on Cotai that have opened over the past few years.” As for its outlook for Macau, Union Gaming said that it is expecting growth in the mid 20 percent range in the combined months of January and February.

Meanwhile, the Macau government has approved the request of Studio City for a three-year extension for the development of public land near the casino resort.

In a regulatory filing, Melco Resorts & Entertainment Ltd. announced that the development period for the land of Studio City has been extended to July 24, 2021.