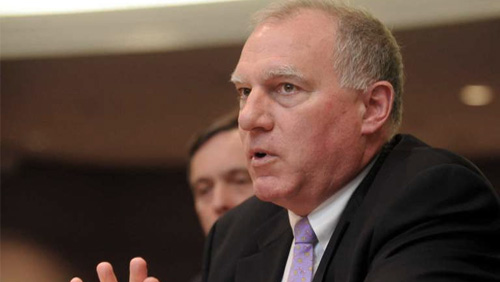 Connecticut shouldn’t allow tribal casino operators to proceed with the opening of a $300 million casino resort in East Windsor or doom will fall upon the state, according to Attorney General George Jepsen.

The Hartford Courant reported that state House Speaker Joe Aresimowicz sought the legal opinion of the attorney general as lawmakers juggled different gambling-related bills, including the proposed scrapping of the East Windsor casino license and the opening up of the state to competitive bidding for expanded gambling.

In his reply, Jepsen warned lawmakers on Tuesday that Connecticut might jeopardize the state’s lucrative revenue sharing agreement with the Mashantucket Pequot and Mohegan tribal casino operators should the opening of East Windsor casino proceed.

Jepsen made a thorough evaluation on the two tribes’ proposal to disregard the current lack of federal approval and proceed with construction of their joint venture casino in East Windsor, eventually arriving at a conclusion that the plan would be detrimental to the state.

“Because of the inherent legal uncertainty and novelty associated with such a course of action, we remain of the view that, in the absence of federal approval of the amendments, the state would remain at substantial risk of the termination…of the revenue-sharing agreements,” Jepsen wrote.

Jepsen also reminded the lawmakers that the joint venture between the tribes to build an East Windsor casino still lacked the Bureau of Indian Affairs’ (BIA) blessing.

The Indian Gaming Regulatory Act (IGRA) requires the BIA to either approve or disapprove amended tribal-state gaming compacts within 45 days, but Zinke has so far refused to issue a final ruling on Connecticut’s plan.

Since the East Windsor casino would be off tribal lands, a BIA official said in September that the bureau saw no reason to weigh in on a commercial casino project. The state filed a lawsuit asking the court to order Zinke to publish a notice of approval of the amended compacts. BIA’s inaction prompted Connecticut’s two gaming tribes to join the state in suing the federal government in December.

“Although we have confidence in the position we have taken that these amendments are deemed approved, it remains possible the court could rule adversely,” Jepsen said. “To take action on the assumption that the state and the tribes will succeed in the ongoing litigation would be highly imprudent.”