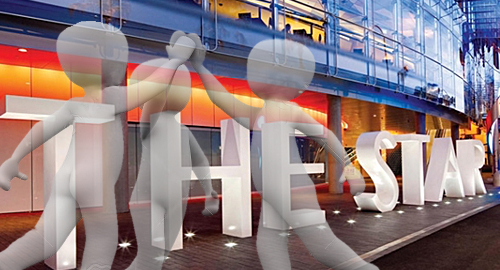 Australian casino operator The Star Entertainment Group has sold a 10% stake of itself to two Asian firms with which it’s partnered on a Queensland integrated resort project.

On Thursday, The Star informed investors that it had entered into an “expanded strategic partnership” with Hong Kong conglomerate Chow Tai Fook Enterprises (CTFE) and property developer Far East Consortium International Ltd (FEC). The trio are already joint venture partners on the A$3b Queen’s Wharf casino project in Brisbane, which is expected to open to the public sometime in 2022.

The trio have inked a Strategic Alliance Agreement that will see them pursue several development projects, including up to five joint venture towers on Australia’s Gold Coast for hotel, residential, entertainment, tourism and retail use.

The trio will also collaborate on further expansion of The Star’s flagship Sydney property, as well as form a marketing alliance to leverage CTFE and FEC’s customer bases and loyalty programs to drum up new VIP and premium mass gambling business for The Star’s casino properties.

The Star also announced that the Hong Kong firms would each be taking a 4.99% stake in the company at a cost of A$245m apiece. While the HK firms are, in aggregate, currently prohibited from boosting their stakes above 19.9%, the companies have indicated they will apply to Aussie regulators to boost their aggregate shareholding to “over 10%.”

This isn’t the first time The Star has sold a piece of itself to Asian firms. Back when the company was still known as Echo Entertainment, Malaysian gaming giant Genting took a 9.7% stake in the firm. Genting expressed a desire to boost that stake up to 25% but kept hitting regulatory roadblocks and ultimately sold off its remaining 5.62% stake in The Star last summer.

Both of The Star’s new/old partners have been making moves to expand their gaming industry presence. CTFE already controls the $4.2b Baha Mar integrated resort in the Bahamas and is collaborating on a Vietnam casino joint venture with leading casino junket operator Suncity Group. FEC recently announced a tie-up with Trans World Corp, which operates casinos in the Czech Republic.