Home / Casino / Genting sells out of The Star; is Crown buying in? 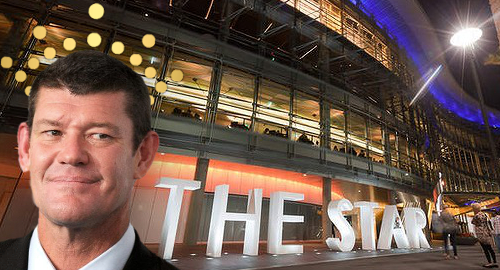 Genting’s selloff ends a long and occasionally puzzling investment history that began in 2012 when two Genting subsidiaries acquired 9.7% of The Star (then known as Echo Entertainment). Genting repeatedly flirted with boosting its stake as high as 25% but receiving regulatory approval took years, during which time Genting’s interest apparently waned.

The AFR suggested that Crown may have been among the entities that snapped up Genting’s stake in The Star. Crown once held close to 10% of Echo but sold out in 2013 after it became clear that Crown would win the right to build its own casino in Sydney, which is home to The Star’s eponymous flagship casino.

Crown aggressively ramped up its share-buyback program late last month, gobbling up A$300m of its own stock in just three days, prompting analysts to speculate that the company is planning some major move. Crown called time on its international ambitions this spring in order to focus on its domestic operations, and some are wondering if that signals some new tie-up with the company’s arch rival The Star.

Citi analysts suggested that a Crown takeover of The Star could result in ‘synergies’ ranging from A$85m to A$135m, while boosting Crown’s earnings by as much as 22%. Citi suggested that the in-development Crown Sydney, which is prohibited from housing any video poker machines, could serve as the expanded Crown’s premium brand while The Star’s crosstown operations would become Crown’s “mass grind” brand.

There’s the small matter of getting Australia’s competition watchdogs to sign off on a union of the country’s two largest casino operators. As the long-delayed merger of betting and lottery operators Tabcorp and Tatts has demonstrated, local regulators will need some convincing before they let any casino albatross take flight.