Home / Casino / Sands Bethlehem sold for $1.3b to Poarch Band of Creek Indians 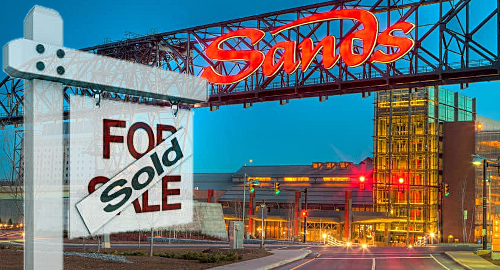 On Thursday, Sands announced that it had reached a $1.3b deal to sell Sands Bethlehem to Wind Creek Hospitality, an affiliate of the Poarch Band of Creek Indians of Alabama. The deal is subject to a regulatory review and other standard closing conditions.

The Bethlehem property has been on the block for some time, with rival MGM Resorts backing out of a tentative $1.3b acquisition deal last May. The sale will reduce Sands’ US-based operations to just two properties in Las Vegas. Sands plans to use the proceeds to pursue other developments and to return excess cash to shareholders.

Sands supremo Sheldon Adelson expressed thanks to Bethlehem staffers for helping to build the property into “one of the leading regional entertainment and gaming destinations” in the US. Sands Bethlehem president Brian Carr expressed confidence that staff would “provide a smooth and seamless transition for new ownership.”

Stephanie Bryan, tribal chair/CEO of the Poarch Band said the acquisition “furthers our desire to secure a long and prosperous future for our tribe.” The Poarch Band operates three casinos on its tribal lands that have been the subject of (unsuccessful) lawsuits by Alabama authorities irked at the tribe operating slots-like electronic bingo machines without a state gaming compact.

ADELSON STILL GAMING’S TOP BILLIONAIRE
As Sands’ largest shareholder, Adelson will enjoy a boost to his personal bottom line from the Bethlehem sale. Not that he needs it. Forbes’ most recent ‘rich list’ pegs Adelson’s adjusted net worth at $38.5b, putting him 21st on the overall list, down one notch from the previous year’s results.

The next closest gambling tycoon on the Forbes list was Galaxy Entertainment Group’s Lui Che Woo, who placed 50th with $20.1b. Third-place went to Novomatic Group founder Johann Graf, whose $8.1b fortune put him 186th on the overall list.