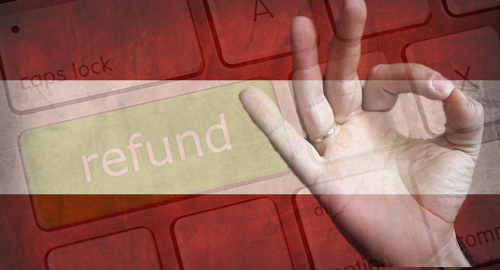 Austria is proposing new measures to block unauthorized online gambling operators and to allow their customers to reclaim all gambling losses suffered over the past three decades.

On Tuesday, Austria’s Ministry of Finance unveiled a draft amendment to the nation’s Gambling Act aimed at shielding the online gambling monopoly of Win2Day, the digital arm of Casinos Austria – in which the government holds a 30% stake – from internationally licensed competitors.

Finance Minister Hartwig Löger estimates there are around 2k internationally licensed online gambling sites currently accepting Austrian customers, which Löger believes are 2k too many. Löger wants to empower the Telekom Control Commission (TKK) to impose “immediate blocking” of any domain that refuses to cut ties with its Austrian customers.

What’s more, since Löger views all online gambling activity not blessed by the state as illegal, he wants to allow Austrian punters to reclaim any money lost to international gambling sites over the past 30 years.

Löger claims this cockamamie reclamation proposal will cause international operators to withdraw from the Austrian market rather than face “the enormous risks of legal action as well as the ensuing reputational damage at home and abroad.”

Honestly, this aspect of the amended gambling law might as well be called the Austria Unicorns for Everyone Act, given the unlikelihood of it delivering on its stated goals. Löger also neglected to specify whether, if all previous contracts between Austrian punters and international sites are voided, operators would be able to reclaim any winnings they paid out over the last 30 years.

Löger’s proposals have irked Claus Retschitzegger, president of the Austrian Association for Betting and Gambling (OVWG), who told Die Presse that his group’s membership – including Bet-at-home, Mr Green, Cashpoint, Interwetten, Unibet and LeoVegas – “will defend ourselves against the planned IP-blocking with all legal and other means.”

Retschitzegger also noted that many Austria-facing online gambling operators have significant local workforces, including Bet-at-home, which employs around 300 people in Linz. These local companies are also currently paying 40% tax on their online revenue to the state, despite the government denying them the opportunity to acquire local licenses.

Interestingly, while Löger dismisses the rights of gambling sites licensed in other European Union markets to accept Austrian punters, he’s simultaneously pushing for an EU-wide approach to regulating the use of cryptocurrencies. Because hey, consistency in crafting policy is highly overrated.