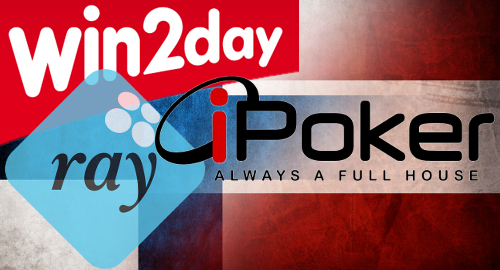 In what’s being billed as a first for regulated European market operators, Finland’s RAY and Austria’s Win2Day have agreed to form a joint poker network allowing each site’s players to match poker wits against players in the other site’s country.

The deal was formally approved by the Finnish Ministry of the Interior on December 8. Slots operator RAY has been a Playtech client since 2010 while Win2Day joined the Playtech party this year. The deal follows Playtech firming up a new online casino content deal with FRV Finland, the new national gaming entity encompassing RAY, Veikkaus and Fintoto.

Playtech COO Shimon Akad expressed pride at being “the first company to provide two great brands with a poker network and series of leading products that will combine to form the first ever cross-border poker network.” (It must be noted that the ‘first’ claim applies only if you ignore all dot-com poker operators.)

RAY’s VP of digital channels Jan Hagelberg said working with Win2Day had so far been “an extremely smooth process” and Hagelberg expects the new deal will “considerably increase the interest towards both operators’ poker games.”

Win2Day managing director Martin Jekl was equally bullish on the new pact, welcoming the opportunity to “sustainably expand our offering as the leading online poker provider in Austria with the joint network and thereby improve the customer experience for our users.”

RAY’s senior biz-dev VP Timo Kiiskinen said the newly linked sites hoped that to be able to expand the depth of their liquidity pool “with other operators that meet our responsibility standards.”

Cross-border liquidity sharing has long been the dream of poker operators trying to make a go of things in European ring-fenced regulated markets. In November, gaming regulators from France, Italy, Portugal Spain and the UK announced their intention to arrive at some mutually acceptable liquidity sharing arrangement by “mid-2017” although questions remain as to how to harmonize each nation’s taxation schemes.