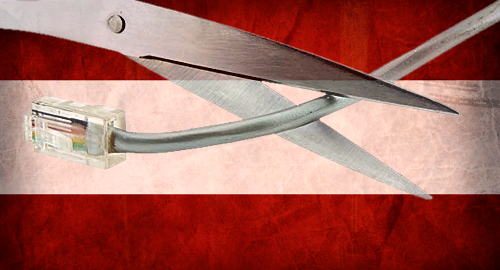 Austria’s government has proposed allowing internet service providers to block the domains of websites deemed to be breaking local laws, a category that could include internationally licensed online gambling sites.

Austria’s Ministry of the Interior recently announced plans to amend the Telecommunications Act 2003 to permit local ISPs to use “traffic management measures” in the prevention of “criminal acts.” The official proposal defines such acts as malware distribution and other computer crime, along with copyright infringement and dodgier forms of pornography.

While gambling wasn’t specifically mentioned in the proposal, the recently formed Austrian Association for Betting and Gaming (OVWG) is sounding the alarm that gaming sites are at risk of being blocked should the amended Act be approved by Austrian legislators.

Despite its questionable efficacy, domain-blocking has become increasingly popular in many European markets, with the Czech Republic, Slovakia, Switzerland and Poland all having joined the domain-blocking party this year alone.

The Austrian government has long been itching to compel ISPs to block the domains of unauthorized online gambling operators but these efforts have been complicated by ongoing legal challenges at the Court of Justice for the European Union (CJEU).

While sports betting is prevalent in Austria, other online gambling verticals (poker, casino, etc.) are restricted to the Win2Day brand of local operator Casinos Austria and its Austrian Lotteries subsidiary. OVWG was formed last year with the express purpose of creating a more modern and EU-compliant framework for online gambling in Austria.

Despite preventing EU-licensed operators from obtaining Austrian online gambling licenses, Austria’s government nonetheless requires all operators serving the Austrian market to pay 40% tax on revenue derived from local punters. OVWG, whose EU-licensed members include Mr Green, Tipico and bet-at-home, wants to see this rate reduced to a more manageable 20%, but has so far had little success in getting Austrian legislators to listen to reason.