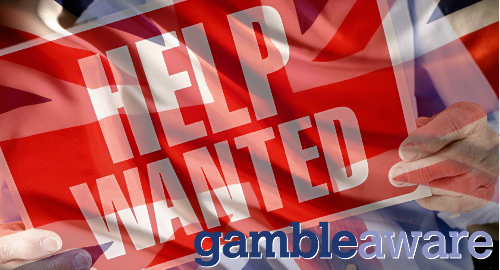 On Wednesday, Campaign Live reported that the GambleAware charity was on the hunt for a creative agency to help craft a new £7m public awareness campaign. The campaign, which was initially suggested last October as part of the government’s triennial review of the gambling industry, is expected to launch this August and to run for at least two years.

Instead of persuading problem gamblers to seek help, the new campaign will target ‘at risk’ gamblers – young men, in particular – whose activity has yet to progress to the problem gambling stage. The idea is that encouraging individuals to think more critically about gambling products could prevent their behavior from escalating into more problematic activity.

UK broadcasters have committed to granting the new campaign up to £7m worth of free media. GambleAware will work with the Incorporated Society of British Advertisers (ISBA) to select an agency for the campaign. GambleAware’s existing relationship with the 18 Feet & Rising agency won’t be affected by the new campaign.

While GambleAware is funded by the UK gambling industry, the charity has routinely fallen short of its funding expectations, including a 20% shortfall in its most recent fiscal year. This has led to calls for imposing a mandatory levy on gambling operators to ensure GambleAware has the wherewithal to achieve its objectives.

UK gambling operators are finding their actions under the microscope of late, including stricter enforcement of rules governing their advertising material and promotional offers. The UK Gambling Commission (UKGC) has vowed to impose stiff financial penalties on operators who fail to live up to these licensing requirements.

The UKGC has amply demonstrated its willingness to crack the whip when operators fall short of its expectations. William Hill was fined £6.2m this week for a slipshod approach to anti-money laundering protocols, while last week saw GVC Holdings dinged £350k for misleading free bonus offers.

The UK operator perp-walks may be far from over, given that the UKGC announced in January that some 17 online licensees were under investigation for various shortcomings, and five of these licensees’ transgressions were said to be sufficiently egregious to warrant potential license reviews.