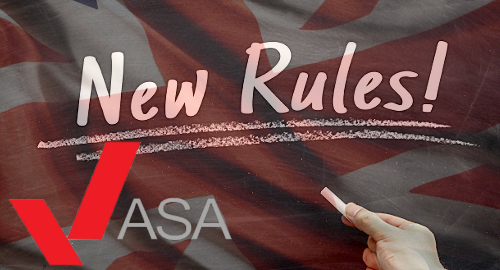 UK gambling operators face tighter advertising restrictions come April, although the vagueness of the new rules will likely cause confusion for both operators and regulators.

On Wednesday, the UK Advertising Standards Authority (ASA) and the Committee of Advertising Practice (CAP) announced new standards for gambling advertising, “focusing on ads’ appeal to problem gamblers and on free bets and bonuses.”

The changes take effect on April 2 and the ASA will use the updated standards when considering new complaints regarding gambling adverts. Which will likely be rampant, given the broad strokes of the CAP guidance.

Specifically (and we use that term loosely), the revised standards include restrictions on ads that “create an inappropriate sense of urgency, like those including ‘Bet Now’ offers during live events.” Ads must also not put “undue emphasis on money-motives for gambling,” engage in “trivialization of gambling (e.g. encouraging repetitive play” or “approaches that give an irresponsible perception of the risk or control (e.g. ‘Risk-Free Deposit Bonus).”

The CAP will provide greater detail on problem gambling “behaviors and associated behaviors that should not be portrayed, even indirectly.” Adverts must also “not play on individuals’ susceptibilities (financial concerns, self-esteem) or contain anything that might exploit vulnerable groups such as those with problem gambling issues.”

The CAP also plans to provide further guidance on steps operators must take to protect “children and young people” from being targeted by gambling adverts.

The CAP acknowledges that problem gambling rates have “remained relatively stable during a period of considerable growth in advertising volumes” yet it also believes evidence “points to potential risk factors in the forms of claims, imagery or approaches that might unduly influence people to behave irresponsibly.”

The new standards are the latest in the current campaign to rein in the UK’s gambling sector. Earlier this month, the Competition and Markets Authority (CMA) announced new curbs on promotional offers while last month saw the UK Gambling Commission threaten stiff new penalties for operators whose marketing falls short of social responsibility obligations.

The UK government is currently pondering a significant reduction in the maximum stakes on fixed-odds betting terminals (FOBTs) in bookmakers’ betting shops. Last week, departing UKGC CEO Sarah Harrison bluntly warned industry figures that they’d “either taken your eye off the ball or have willfully ignored what is expected of your businesses.”