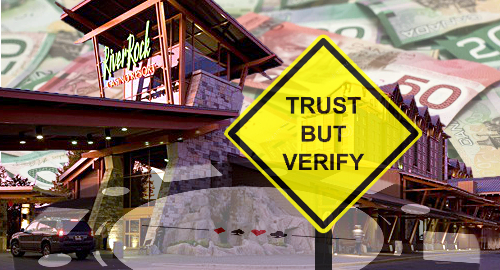 As of Wednesday, BC casinos will require a source of funds receipt from any gambler looking to buy-in for C$10k (US$8k) or more in one or more transactions within a 24-hour period. The receipt must be dated the same day as the buy-in, and include full account details. BCLC’s AML unit will review these receipts on a daily basis.

BCLC farms out day-to-day management of its gambling operations to Service Providers, who will be required to certify each of these receipts. Failure to provide a receipt or providing “clearly suspicious” information will require Service Providers to reject the buy-in, document the refusal and report the matter to BCLC, which will launch an investigation.

The new measures were proposed in December by former RCMP deputy commissioner Peter German, who was tasked by BC attorney general David Eby with reviewing BCLC’s standards and practices and determining ways to stiffen the regulator’s spine. German won’t deliver his full report until March 31, 2018.

The latest episode of BCLC’s AML failures – which have been going on for years – were exposed last September after a change in provincial government uncovered a long-buried report into shenanigans at the River Rock Casino, which is managed by Great Canadian Gaming Corporation.

Earlier this week, more documents came to light indicating that BCLC’s biggest high-rollers included a surprising number of housewives and students with no obvious source of income. One can only imagine what secrets will be uncovered if BCLC – a Crown corporation, and thus theoretically a servant of the general public – were to actually comply with its freedom of information obligations.