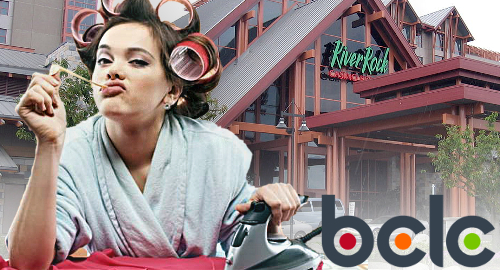 British Columbia’s gambling regulator appeared unconcerned that many of its biggest VIP gamblers had no discernible source of income, according to internal documents.

The report analyzed River Rock’s biggest spenders of 2015, then tried to correlate their spending with their stated occupations. In keeping with recent stories involving the British Columbia Lottery Corporation (BCLC), the results make for an entertaining read.

The top five occupations of BCLC VIPs were (in order) real estate, business owners, construction, finance and management (the latter category a catch-all). However, sixth-ranked was ‘housewife,’ 75 of whom accounted for a total C$18m (US $14.5m) in buy-ins over the course of 2015.

Ranked 17th were students, but these apparently aren’t the pot-noodle types. Some 36 student gamblers made a total of C$2.3m buy-ins in 2015, including a single student who bought in to the tune of C$819k.

BC Attorney General David Eby expressed his frustration at the latest revelations, telling the Globe and Mail that this level of profligate spending by people with no obvious source of income “should have been a red flag” for the province’s gaming regulator.

Eby, who last September released a report into money laundering at BC casinos that had been buried by the previous Liberal government, said it was “incomprehensible” why the obvious gap between means and activity “didn’t result in further investigative work” by the province’s supposed watchdogs.

BCLC’s shortcomings weren’t limited to the financial realm. Of the gamblers who claimed a legitimate occupation, their use of English-language equivalents of Chinese characters for their company names left investigators “unable to conclusively determine whether the companies exist or are large enough to support the patrons’ buy-ins.”

CHINA HUNTING BC CASINO FOXES
A separate BCLC document obtained by Postmedia via a freedom of information request detailed the top-100 VIPs at BC casinos, who accounted for 54% of the casinos’ large cash transactions between January and September 2016. The document attempted to detail the potential threat to BCLC revenue if misfortune were to befall these whales.

All but three of these 100 were Asian, and the potential threats to these whales continuing to gamble in BC casinos included “alleged Chinese Police operations in BC;” China’s Operation Fox Hunt (aka the pursuit of the top 100 fugitives from Chinese justice); “increase in Interpol warrants for Chinese Nationals for alleged Bribery & Corruption;” and a “focus on BC Real Estate transactions and alleged corruption – media focus.”

Only BCLC knows how many of its top-100 whales might fit into one or more of the above categories. But BCLC appeared sufficiently concerned about the future of its chief source of gambling revenue, which may or may not explain its willingness to look the other way – and shut down those who wanted to look closer – when a housewife shows up at a casino with a duffel bag full of $20 bills.

Bear in mind that this is the same BCLC that routinely accused internationally licensed online gambling operators of lacking integrity, while touting itself as the only outfit responsible enough to ensure gambling was conducted in an ethical manner. Truly, absolute power corrupts absolutely.