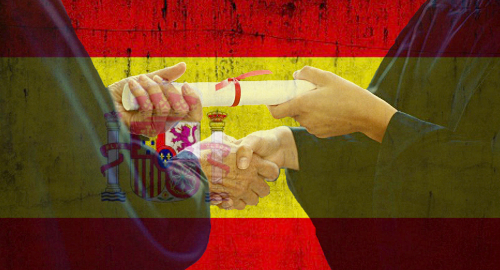 The four nations agreed on their liquidity sharing plan last July as a way to give a boost to the flagging online poker revenue in each of their regulated markets. The plans have accelerated in recent months, including French regulator ARJEL issuing its first shared liquidity license to PokerStars.fr in December.

The DGOJ says its resolution will take effect once the language is published in the Official State Gazette later this month. The regulator plans to issue its own shared liquidity licenses shortly thereafter, with the aim of allowing cross-border play with French players “in the coming weeks.”

To its credit, the DGOJ acknowledges that its previous experiment with a walled-garden online poker market has “not been positive.” While poker has enjoyed a mild resurgence in recent quarters, cash game stats continue to be broadly negative, as players seek out deeper player pools via any number of internationally licensed online gambling sites.

The DGOJ also admits that its aim in allowing international liquidity sharing isn’t entirely altruistic. Players will undoubtedly benefit from any expansion of the online talent pool, but the DGOJ cops to the fact that the previous walled-off market has been “detrimental to tax collection.”

Portugal and Italy have yet to announce their own timelines for joining the online pool, and the latter market’s participation remains something of a question mark. In October, some Italian senators voiced long-discredited concerns about cross-border liquidity enabling money laundering.

Last month, Italian gaming media reported that Italian gaming operator Lottomatica had joined the chorus opposing liquidity sharing, apparently over concerns that it would primarily benefit PokerStars, which has local licenses in all four markets. At any rate, no action is expected on this front until after Italy’s general election in March, and possibly not for many months after that vote.