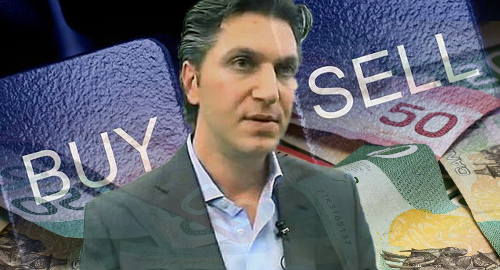 On Monday, Baazov and his two co-accused – fellow Amaya exec Benjamin Ahdoot and financial advisor Yoel Altman – appeared in a Quebec court for the scheduled start of their criminal trial for insider trading, much of which stems from Amaya’s 2014 acquisition of the parent company of online poker giant PokerStars.

Before the proceedings could get underway, Judge Salvatore Mascia had to deal with Baazov’s attorneys’ request that the charges against their client be stayed. Baazov’s team accused Quebec’s securities regulator, the Autorité des Marchés Financiers (AMF), of waiting until late September to dump 16m pieces of evidence in their laps, leaving them no time to properly analyze it all before trial.

A 2016 Supreme Court of Canada ruling sought to put caps on the length of time it takes for defendants’ cases to wind their way through the courts. Baazov was originally charged in March 2016, and Baazov’s team expressed concern that the late document dump will require further delays that could see the trial extend past mid-2018.

The AMF prosecutors subsequently acknowledged that they’d meant to send Baazov’s team only 2m pieces of evidence, and that the other files were from a related but separate case.

Judge Mascia opted to allow the trial to get underway with testimony from the first of as many as 50 possible witnesses, but Mascia suggested he was still mulling the defense team’s request for a stay of the charges. Mascia observed that he was “not able to comment on the chances of success” of the defense motion, “but, at face value, I’m not able to say it’s frivolous.”

In addition to allegations that Baazov shared information of the PokerStars acquisition and other Amaya deals with a group of privileged ‘investors’, the three accused are also suspected of taking steps to artificially inflate Amaya’s sagging share price ahead of the PokerStars deal.

The AMF also reportedly plans to attempt to prove that Baazov was secretly a share-holding beard for his older brother Josh/Ofer Baazov, whose previous history running US-facing online sports betting operations might have sparked securities regulators to ask all the wrong types of questions.