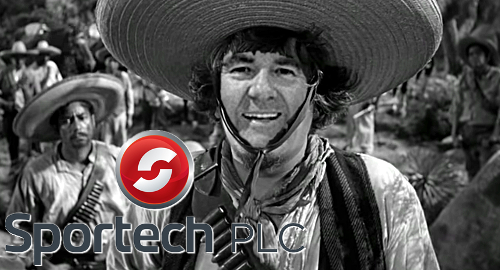 UK-licensed online betting operator Betway has installed a new CEO, while UK betting rival Sportech has decided it doesn’t need no steenking CEO, at least for the time being.

On Monday, Betway announced that it had promoted marketing and operations director Anthony Werkman as its new chief executive, replacing Richard Akitt, who is being kicked upstairs to the position of chairman of the board after five years in the CEO role.

Meanwhile, Sportech has decided it can do without a chief executive, or a chief financial officer, for that matter, for the foreseeable future. Sportech, which recently announced it was open to acquisition offers from eligible suitors, apparently feels content to adopt a semi-anarchic Lord of the Flies approach until some responsible adults come along, checkbook in hand.

In September, Sportech’s current CEO Ian Penrose announced that he’d be leaving the business by the end of the year, while CFO Mickey Kalifa formerly exited the scene on October 31. On Monday, Sportech said it “does not currently intend to replace these individuals” in order to help realize annualized cost savings, including executive compensation, of no less than £2m per annum.

Sportech chairman Richard McGuire (pictured) appears to be taking a page out of US President Donald Trump’s playbook. Asked recently about the dozens of high-level State Department positions yet to be filled after one full year in office, Trump said these positions didn’t need to be filled. (Ooohhh… Does that mean Trump is interested in having another country acquire the United States? If so, please let it be Antigua.)

Sportech also announced a Q3 trading update, in which revenue rose 7.5% to £18.3m in the three months ending September 30. The mainstay Racing and Digital division reported revenue up 8.1% while the North American in-stadia Bump 50:50 sports raffle product saw its revenues jump 41.5%. Sportech’s Venues division enjoyed 6% revenue growth, thanks to a strong performance by its online operations.

Sportech is currently sitting on £68m worth of cash with no debt. The majority of that cash pile came from the recent sale of its Football Pools division, but the company also recently sold off its £2.3m stake in NYX Gaming Group, which was acquired in September by Scientific Games Corporation.