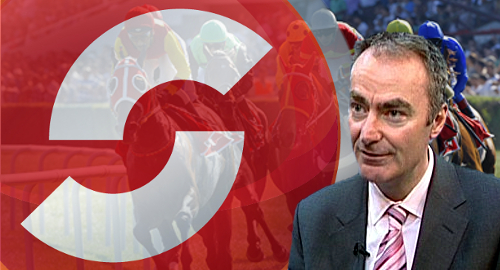 UK-listed gambling operator Sportech has reshuffled its upper management ranks, bidding goodbye to both its CEO and CFO as it rethinks its business model.

On Monday, Sportech announced that chief executive Ian Penrose and chief financial officer Mickey Kalifa had informed the board of directors of their intention to leave. Penrose (pictured) will be staying on until the end of the year, while Kalifa’s last day will be October 31, although his board seat is officially vacant as of Monday.

Both Penrose and Kalifa have agreed to assist in the selection of their replacements. Kalifa’s finance role will be assumed by Richard Cooper, who currently chairs Sportech’s Audit committee.

Non-executive chairman Richard McGuire, who took over from the retiring Roger Withers in May, hailed the departing execs, saying Penrose had overseen Sportech’s transformation “from a UK focused business into a respected, fully licensed and regulated global gaming technology supplier and gambling operator in the US with a strong balance sheet.”

Penrose noted Sportech’s “£150m net turnaround” during his tenure, saying the company had been “a rapidly, and many thought terminally, declining UK business,” but had since enjoyed a 50% rise in its share price over the past two years along with the return of £21m to shareholders.

McGuire also announced that he will be leading the comprehensive review of Sportech’s business and capital structure, with “all options to optimize value for the benefit of shareholders under consideration.” The board has promised an update of this review and its executive restructuring when the company issues its latest trading update on November 9.

Sportech recently reported earnings falling 5% to £3.9m in the six months ending June 30, despite revenue rising 5% to £36.4m in the same period. The results included a £3.1m loss from the discontinued operations of the Football Pools, which Sportech officially sold to a private equity group in June for £83m.

The new Bump operation, which provides in-stadia electronic lotteries for pro sports teams, just inked a deal in the Canadian province of Manitoba to launch online and mobile sales this autumn. It’s the first such outside stadium deal for Bump, and Sportech expects this significantly larger customer base to improve sales, leading to similar deals with other team clients.

In August, Sportech inked a betting technology deal with Dansk Hestevæddeløb ApS (DHV), which operates all nine racetracks in Denmark. Sportech has long had a relationship with Denmark’s national lottery operator Danske Spil but Sportech will now provide pari-mutuel technology and services that will consolidate all betting from private operators, including Danske Spil.