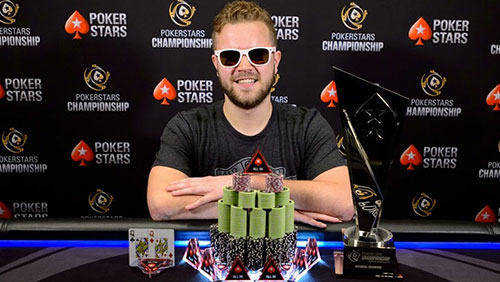 Two bracelet wins to catch up on at the World Series of Poker Europe (WSOPE) with Andreas Klatt winning the €550 Pot-Limit Omaha, and Martin Kabrhel taking down the €1,100 Turbo Bounty Hunter.

Andreas Klatt is having one of those years.

Before 2017 emerged out of the universe’s pie hole, Klatt’s claim to fame in live tournament circles was a 36 entrant victory in a Pot-Limit Omaha Big O-5 Card Hi/Low at the 2014 PokerStars Caribbean Adventure (PCA).

Not much to shout about.

Klatt returned to the Bahamas, and cashed in three side-events, before heading to the Melbourne where he made two final tables including a third-place finish from 352 entrants in the A$1,500 buy-in No-Limit Hold’em ‘Deep Freeze’ event.

Confidence was high, but it would reach supernova levels during a visit to the PokerStars Championship in Monte Carlo, winning the National Championship for before finishing runner-up to Raffaele Sorrentino in the Main Event.

All told, Klatt walked away from the Principality over half a million euros the richer.

And now he has a World Series of Poker (WSOP) bracelet.

Klatt defeated 523 players to win his first bracelet in Event #2: €550 Pot-Limit Omaha. In doing so, Klatt became the fourth German player to win a WSOP bracelet after his compatriots Christopher Frank, Jens Lakemeier, and Sebastian Langrock also won bracelets in the summer.

After the dangerous Georgios Zisimopoulos hit the rail in third, Klatt took a slight chip lead into a heads-up encounter with Nico Ehlers that barely lasted long enough for any of them to get comfortable in their chairs.

Klatt now has over $800,000 in live tournament earnings, and nearly all of those dollars have come in 2017.

Other combatants that went deeper than a philosopher’s eulogy were Kristen Bicknell (12th), James Akenhead (25th), and Brandon Cantu (27th).

WSOP Player of the Year frontrunners, Chris Ferguson (70th) and William Foxen (69th) also cashed in the event. The overnight leader Ryan Hughes did not.

The event attracted 325 entrants, creating a €214,337 prize pool, and Kabrhel banks €53,557 for his victory. The Czech star’s win comes in the same year that he also won a World Series of Poker Circuit (WSOPC) gold ring after beating 116 entrants in the €660 buy-in No-Limit Hold’em Six-Max event at the same venue in the spring.

Kabrhel has earned over £3m playing live tournaments, and competes in the highest cash games the King’s Casino has to offer. Kabrhel’s largest score to date came in 2010 when he defeated 26 entrants to win the €250,000 first prize in the €20,300 High Roller at the European Poker Tour (EPT) in Deauville.

It was also an event that created a stir in the POY race. 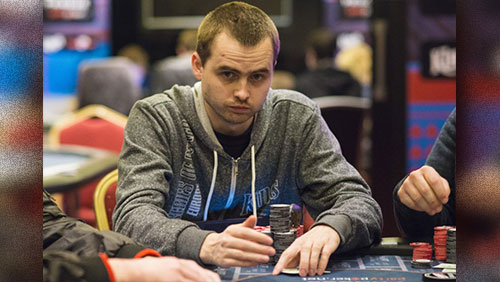 The favourite for the title, Chris Ferguson cashed in 36th place, his second cash in three events. Mike Leah reminded everyone he was still in contention with a tenth place finish, and John Racener made the final table finishing in the sixth spot. Ryan Hughes missed this one as well, meaning Ferguson will move back into the top spot when the number crunchers get out of bed.