Home / Poker / Chris Ferguson could be the WSOP POY, how did we let this happen? 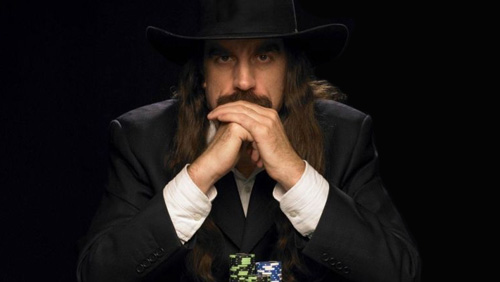 With Chris Ferguson, one of the bookie’s favourites to pick up the 2017 World Series of Poker Player of the Year award, we poke around the innards of the poker industry to figure out how it is allowed to happen.


My ex-wife hates my guts.

But I can’t hate her.

I’ve never hated anybody. There are people I think of that conjure up images of a farmer wringing a chicken’s neck, but I keep my hands near my keyboard.

It all boils down to forgiveness.

I forgive because I’m always looking for people to forgive me. There are more fuck ups strewn throughout my lifetime than maggots digging into a dead dog that’s been baking in the sunshine for weeks.

Seven years after separation, her hatred deeply bothers me. Although we all, to some extent, feel this way. I trace my neediness back to childhood. The kid who looked different to everyone else, desperate to look like everyone else.

I wonder if Chris ‘Jesus’ Ferguson feels like I feel; thinks as I think?

I wonder if he wants forgiveness, to be liked, or accepted?

The Table of Death

In my very first World Series of Poker (WSOP) experience, I sat at the Table of Death. I know this because PokerNews used that headline, and I was the only player on the table they didn’t name.

It was 2009. I had qualified for the £1,075 No-Limit Hold’em event at the World Series of Poker Europe (WSOPE) in London. Chris Ferguson sat to my direct right, John Juanda was at the table, as were Liv Boeree, and Davidi Kitai.

I was in awe of Ferguson.

The way he refused to sign the media form without a lawyer.

The look the Tournament Director gave when he asked if they had a fax.

I talked to him a lot; nothing substantial, and certainly no poking around in the innards of his soul. It was one of those how’s the weather kind of conversations. But he was good at it. He told me he liked the pebble-sized raindrops in the UK.

I ended with a story to tell my mates.

Two years later, the world of poker was in a state of mourning. PokerStars, Full Tilt, Absolute Poker, and Ultimate Bet, were closed down by the FBI pending an investigation that would reveal that the people running most of these outfits weren’t fit to run a lemonade stand. One of them was Chris ‘Jesus’ Ferguson.

Once again, he needed a lawyer.

No Responsibility; No Apology

It’s hard to fathom what it would be like to not only have your occupation taken away from you overnight, but also, the vast majority of your money.

That’s what happened to over 45,000 people in the US alone after Full Tilt shut down.

Every cell in your body must want to search for someone to not only point the finger at, but to take that finger, pull out their eyeballs, bring them to your laptop, show them the FBI warning sign, and say ‘what are you going to do about that?’

The two obvious people to blame were Howard Lederer and Chris Ferguson, because they were the highest profile players involved in the Ponzi Scheme that robbed US citizens of over $160 million.

Both burrowed underground quicker than a rabbit running from General Woundwort, leaving everyone with a razor sharp case of the pins and needles. In 2012, Lederer would surface in an interview with PokerNews trying unsuccessfully to explain the fuck up, without apologising or accepting responsibility.

Robert Greene, the author of the 48 Laws of Power, explains how people stripped of reputation, recover, after loaning the reputation of others. In the springtime of 2016, Lederer released a statement via Daniel Negreanu taking full responsibility for the Full Tilt mess. There was even an apology.

A few months later, we learned the reason for the apology when Lederer turned up at the WSOP to compete in bracelet events. Having not played in an official event since 2011, he was a little rusty, failing to cash in anything.

But it wasn’t only Lederer that showed up.

The cowboy hat was back.

The beard was back.

But the awe had vanished.

All that we saw this time was anger.

Chris Ferguson broke an unspoken rule, maintaining radio silence for six years. How much that had to do with Lederer’s botched attempt at reconciliation is unknown. We met that silence with hatred. But when he turned up and then left, there was no spit on his face, no playing cards wedged in his cheek, and not one kick in the balls.

That year, Ferguson cashed ten times, making a mockery of the suggestion that if you don’t keep up with the game, it will pass you buy like Concorde. When Ferguson made the final table of the $10,000 No-Limit Hold’em Six-Handed event, the whispering began.

What happens if he wins?

And that was the end of that.

Nobody organised a protest march down over to Palms Place. Nobody set fire to a pile of smelly Stetsons. Nobody did anything.

And now he is back, kicking ass like he used to back in the day.

He has cashed in 13-events and currently lies in second place in the World Series of Poker (WSOP) Player of the Year leaderboard behind John Racener.

And the whispering has begun, again.

What happens if he wins?

I guess, it will feel like that moment when the turntable used to stop, and the automatic tonearm was returning to its resting place. Nothing but silence, after a fuzzy few seconds of static.

Even if we can’t forgive, we forget.

A new enemy walks into the stocks.

Snarling and pointing the finger becomes tiresome. Those that continue look stupid.

How Could This Have Happened?

We have all done shameful things. We wish we didn’t. But we did. We seek forgiveness, even for the sins, we keep locked in that secret room in our memory palace.

Is Chris Ferguson a malicious person?

Did he deliberately set out to steal millions of dollars so he could buy more hats?

Or did he just screw up, royally? 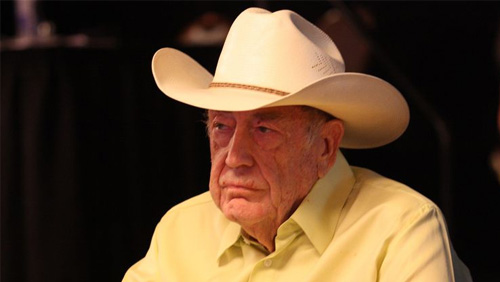 The only people who do, are the people who know Chris Ferguson deeply.

Doyle Brunson is one of the most respected men in poker. Very often, his word is gospel, and he recently tweeted that Ferguson was a good man.

So should we forgive him based on the feedback of the Godfather of Poker?

I don’t think this is about forgiveness.

We are an industry so disjointed and unorganised; we let people who were responsible for the biggest scandal in our history to become the WSOP Player of the Year.

It’s unbelievable to think that during the 49th Annual WSOP Jack Effel may hand the microphone to Ferguson to open the ceremony, all the while standing beneath a giant banner showing his mug and the title of 2017 WSOP Player of the Year.

It’s a joke that thousands of people may have to play poker with his face staring at them.

Ferguson should never have been allowed to compete in the WSOP or at any of the other tours. Hoping that he wouldn’t have had the balls to turn up could backfire dramatically in the next few weeks.

Whether he deliberately stole that money or played a part in it due to his ineptitude as a businessman, it is a scandal of such epic proportions that there had to be consequences.

The poker industry should have acted.

Instead, they did nothing, and now someone is hoping that Chris Ferguson refuses to have his photo taken, refuses to grab that mic, and refuses to have a banner unfurled in his honour, just like he refused to sign that media form back in 2009.

I know the man just wants to play poker.

I know he wants to forget and to be accepted.

But I don’t believe that’s possible until he breaks his silence, and by the time he has done that he may have made a mockery of our industry.