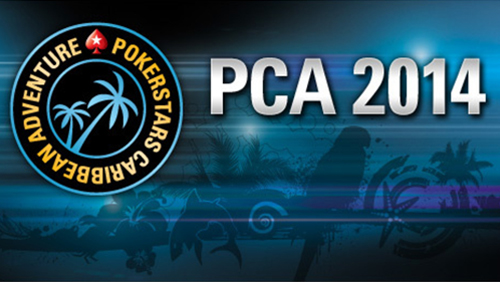 Fabian Quoss takes another major Super High Roller title for the Germans, and 295 players come out to play in the first starting flight of the $10m Guaranteed PokerStars Caribbean (PCA) Main Event.

That’s the new nickname I have given to the young Germans who have the world of the Super High Rollers in their pocket; and Fabian Quoss is the latest to add a seven figure score, to his CV, after taking down the $100,000 Super High Roller at the PokerStars Caribbean Adventure for $1,629,940. 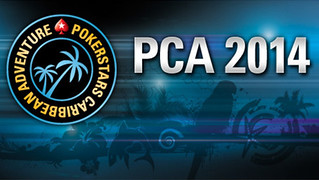 Here is how he did it…

Quoss came into the final table pitched in fourth place and he was advancing before the first cards had even nestled on the table.

Ole Schemion and Tony Gregg heading to the door marked ‘exit’ quicker than movie goers at a screening of The World’s End; Quoss taking the scalp of both players after a three-way brouhaha that saw TT overcome A9 and K4dd.

So a great start for Quoss, but Selbst was quick to remind the young German that this was her show after eliminating Matt Glantz to extend her lead at the top.

Antonio Esfandiari opened to 160,000, under the gun, Matt Glantz moved all-in for 320,000, one seat to his left, Vanessa Selbst re-raised to 605,000 and Esfandiari folded. It was JTo for Glantz, AJo for Selbst and the better hand held.

Selbst kept her finger on the trigger to ensure she also stopped the poker pulse of Antonio Esfandiari. It was a classic coin flip with Selbst holding ace-king, Esfandiari holding pocket nines, and an ace on the turn sealing the deal.

It was only a matter of time before Quoss would have to get jiggy with it and each time his chips went into the middle they came out fatter for the experience.

Then we had the defining moment of the tournament.

Selbst opened the action to 320,000, on the button with AKss, and Quoss called, in the big blind, holding QJo. The flop rained down [Kd] [Ts] [8h], and Quoss check-called a 320,000 bet. The [Ah] made an appearance on fourth street, making Quoss a straight, but handing Selbst top two pair. Quoss checked; Selbst bet 480,000 and Quoss called.

The [6d] completed the board and Quoss rapped the table for the third time. Selbst bet 980,000 and Quoss moved all-in for 2,210,000. Selbst made the crying call and the pair exchanged seats with Dan Shak watching in wonder.

Selbst never recovered from that moment and was eliminated in third place after moving all-in with K9o, with Quoss on hand to call with A4hh. Once again the best hand held and suddenly we were heads-up for the title.

Quoss called from the button, holding [8s] [6h], and Shak checked in the big blind holding [Jh] [Tc]. The flop was [Qs] [Td] [7c] and Shak check-called a 200,000 Quoss bet. The turn was the [9d], handing Quoss a straight. Shak check-shoved and Quoss called. The man from Wall Street was searching for a king, or an eight, but the [Ac] was neither, and the hand of Fabian Quoss was held high in the air.

Dylan Hortin is the man on top after the first day of action has come to a close at the $10,000,000 Guaranteed Main Event at the PCA.

The young man from Salt Lake City finished ahead of around 200 surviving players as Day 1A was consigned to the records books.

295-players chose the least favorite starting day to go to work and amongst those clashing chips were the likes of Joseph Cheong, Liv Boeree, John Juanda and Ryan Riess; all four of those stars of the game making it through to Day 2.

A few of the notables sucking up some sun after failing to make the grade include Matt Giannetti, Jason Alexander, Johnny Lodden, Marvin Rettenmaier, Vanessa Rousso and Sorel Mizzi.