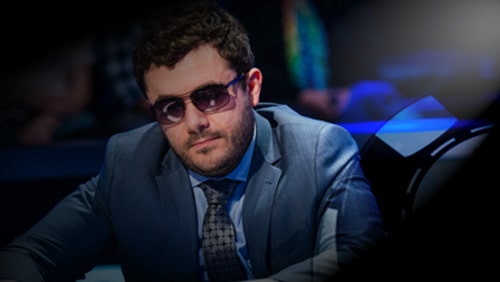 It didn’t take long for the final 14 players to be reduced to the magical half-dozen who will battle for over a million euros top prize when play recommences. The man leading those hopefuls into play will be the most experienced, in Anthony Zinno. The man who already has two WSOP bracelets will be going for his third at King’s Casino, and his third seven-figure victory to boot.

If Zinno does it, then he’ll have outlasted this year’s WSOP Main Event runner-up in Las Vegas, Dario Sammartino, who so cruelly missed out on the top prize in the Main Event when German player Hossein Ensan took the gold in July.

It didn’t take too long for the field to be whittled down to the final six. There were still a lot of big names left in the tournament with a dozen players still in the hunt, but that changed dramatically in two bust-outs.

First, David ‘ODB’ Baker was eliminated in 12th place, and he was swiftly followed out of the cardroom by German pro Jan-Peter Jachtmann in 11th place. When Daniel Rezaei was busted in 10th, the unofficial final table of nine was set, which included the Italian player Dario Sammartino.

Sammartino, who gained a whole new fanbase with his exploits in Las Vegas in the summer, will be desperate to go one place further here, and crown an amazing breakout year. He’s already joined players such as Antoine Saout, British Hit Squad member James Akenhead and Ivan Demidov in reaching two Main Event final tables in the same year. If he can win for a victory and runner-up finish in the same year, he’d truly go into the record books. If only he had a few more points on the board, his Player of the Year hopes would truly be something for messrs Deeb, Campbell and Negreanu to worry about.

With Anthony Zinno racking up 16,845,000 in chips overnight, Sammartino won’t be his only challenger. While Zinno has the lead with 84 big blinds, his nearest challenger, Greek player Alexandros Kolonias has 61 big blinds and comes into the final table with plenty of momentum of his own.

When nine players remained, Marek Blasko was very unlucky to bust, his king-queen dominating Zinno’s king-ten and flopping a queen. But two tens on turn and river drew gasps from the rail and sent the unfortunate Blasko home. Jakob Madsen lasted one place higher up the ladder as he busted in eighth place, losing a coinflip to Kolonias and leaving play on the bubble for the final day.

That bubble burst in spectacular fashion when Julien Martini, who had led the field at several points, including into the penultimate day, opened then shoved over Zinno’s three-bet. Zinno made the call, and when Martini flipped over pocket queens, he was in horrible shape, Zinno’s pocket aces looking like bullets to his chances. No help came from the board for the Frenchman, and he left the final table disconsolate, coming so close to the final six players, but a mile away from the gold bracelet.

Zinno, on the other hand, had transformed his fortunes from a progressive day where he would have been looking forward to going into the final with a decent chance to putting himself in pole position to cross the line. A big chip lead is his, and on Thursday afternoon at 2:00 pm local time in Rozvadov, Anthony Zinno will battle for the third bracelet of his career.

Few could confidently bet against him claiming it.