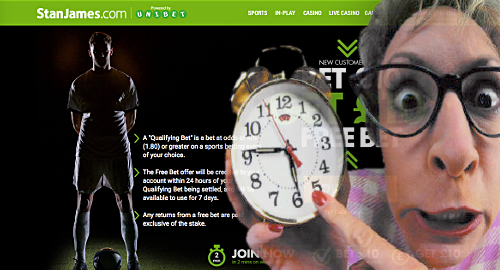 Tjarnstrom said Unibet would be taking over Stan James’ racing sponsorship presence, including title sponsorship of the Champion Hurdle at Cheltenham next March. The brand switcheroo would get underway at next month’s Elite Hurdle at Wincanton.

However, 32Red will continue to have a visible presence at UK racing events, including the King George VI Chase at Kempton. Tjarnstrom said the UK was a unique market given its “cultural connection to racing,” and thus is was important for Kindred’s primary Unibet and 32Red brands to maintain strong relationships with racing fans.

In other Kindred sponsorship news, Unibet has just inked a three-year deal with the Professional Darts Corporation to replace Betway as the title sponsor of the Premier League darts tournament. The newly christened Unibet Premier League tournament will get underway in Dublin on February 1, 2018 and run for 16 weeks at events across the UK, Ireland and the Netherlands, while extending the Premier League’s reach to Berlin for the first time.

Unibet further deepened its involvement in the darts world by extending its sponsorship of The Masters and the European Championship through 2018.