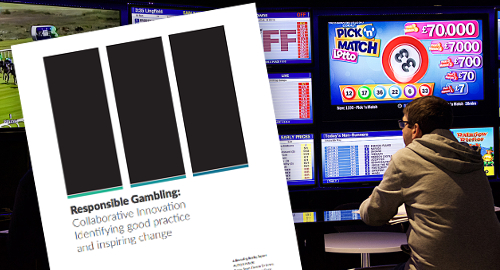 UK gambling operators got hit with another double shot of bad news on Wednesday, both for online and land-based shortcomings.

In the online realm, the Advertising Standards Authority (ASA) took an online arm of the Ladbrokes Coral Group to task for the exact same affiliate-related advertorial shenanigans that resulted in four other UK operators – including Ladbrokes – being taken to the woodshed last month.

As with the operators reprimanded last month, Gala Bingo’s defense revolved around the fact that it didn’t create the advertorial in question and had already terminated its relationship with the affiliate in question. The ASA’s response was equally identical, saying Gala was ultimately responsible for the content and the company better not get caught engaging in this type of chicanery in future.

On the combined online/retail front, a new report commissioned by the Industry Group for Responsible Gambling (IGRG) has found serious flaws in how gambling companies deliver responsible gambling messages to their customers.

The 85-page Revealing Reality report details the industry’s successes and failures in the responsible gambling arena, with the industry often earning praise for making “positive progress” while delivering execution that was “frequently disappointing.”

Among the litany of operator shortcomings was the failure to devote the same level of creativity to responsible gambling material than went into marketing efforts. The report found that in-store leaflets “could feel overly long and boring” while online messaging was often formatted in such a way that it resembled “onerous ‘terms and conditions.’”

The report also found that customer interactions could sometimes run counter to operators’ responsible gambling messaging, such as a betting shop staffer casually remarking to a regular customer playing a certain gaming machine that ‘you always win when you’re in that chair,’ thereby leaving the impression that there was something ‘lucky’ about a particular seat.

Some of the quotes from gamblers interviewed for the report illustrate the scope of the challenge facing operators in not only disabusing customers of such myths as the ‘gambler’s fallacy,’ but also in ensuring they possess basic knowledge about gambling products.

Naturally, given the vast amount of people employed in the UK gambling industry, all manner of responses and attitudes are represented in the survey. Equally naturally, the UK media are choosing to run with the most egregious examples, such as shop staff encouraging players to “chase their losses” or describing responsible gambling messaging as “pointless” and “futile.”

Honestly, despite the current media narrative, the overwhelming majority of gamblers are capable of controlling their activity and gambling operators aren’t predatory vultures who won’t be satisfied until problem gamblers’ lives are completely ruined.

Regardless, the endless drip-drip-drip of alarmist tales likely has the UK government frantically revising the report of its triennial review of the gambling sector – the final version of which is expected next month – so that the response is suitably strident and punitive. Brace for impact, people…