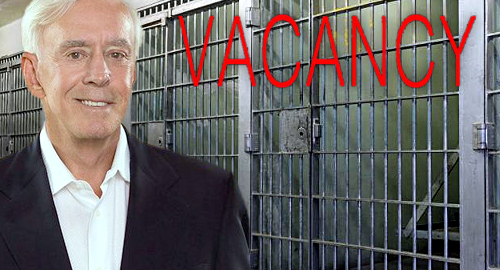 Famed sports bettor Billy Walters has been fined $10m and sentenced to five years in federal prison for insider trading.

In April, Walters was convicted on charges of securities fraud, wire fraud and conspiracy for his role in an insider trading scheme that netted him $32m in profits while avoiding $11m in losses. On Thursday, US District Judge P. Kevin Castel called Walters “a cheater and a criminal, and not a very clever one.”

The US Attorney for the Southern District of New York charged Walters in 2016 over a series of trades involving Fortune 500 company Dean Foods based on inside information fed to Walters by Dean’s former chairman Thomas Davis, who was heavily in debt at the time. Davis, who has yet to be sentenced, testified against Walters after striking a plea deal with prosecutors.

On Thursday, Castel called Walters’ scheme “amateurishly simple,” in part due to a detailed paper trail that led prosecutors right to Walters’ and Davis’ doors. Castel also claimed that Walters’ scheme was less to do with an actual need for cash, but rather because Walters viewed acquiring riches as “a way of keeping score.”

Castel said restitution and forfeiture will be determined at a later date, but denied Walters’ bid for bail while his attorneys file an appeal. Walters was ordered to surrender to federal authorities on October 10.

Walters was a notorious figure in Nevada sportsbook and international online sportsbook circles, to the point that 60 Minutes did a profile on his betting activity and tout services illegally piggybacked on his name to boost their business.

Walters’ attorneys had sought a one-year prison sentence, claiming that the 71-year-old suffered from poor health, but prosecutors filed papers last week noting that Walters had made 77 visits to a San Diego golf club in the past couple years, and played three rounds in just the last two weeks. “Since Walters’ age and health concerns are not so serious as to keep him off the links, they should not provide a basis to keep him out of jail.”

Walters is/was good friends with pro golfer Phil Mickelson, who, like Walters, is known to enjoy a wager. Mickelson was part of the original investigation into Walters’ trading activity but Lefty managed to wriggle free of prosecutors’ grip after agreeing to repay slightly more than $1m in profit and interest on the trades he made based on discussions with Walters.