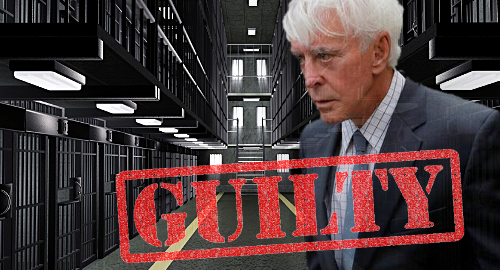 Legendary sports betting whale Billy Walters says he lost “the biggest bet of his life” after being convicted on charges of insider trading.

On Friday, a jury returned guilty verdicts on all 10 federal charges of securities fraud, wire fraud and conspiracy that Walters was hit with in May 2016. The 70-year-old Walters faces a possible 20-year stint in prison when he’s sentenced on July 14.

Walters was accused of using insider information in a series of trades between 2008 and 2014 involving Fortune 500 firm Deans Foods that netted Walters $32m in profits while avoiding $11m in potential losses. The source of the insider info was former Deans chairman Thomas Davis, who struck a plea deal with prosecutors and testified against Walters at the three-week trial in Manhattan.

Speaking following the verdict, Walters said he was “in total shock,” adding that “if I had made a bet [on the verdict] I would have lost.” Walters’ attorney Barry Berke said his client would appeal the verdict.

Walters’ defense team had argued that the bulk of the decisions behind Walters’ stock trades came not from Davis but from savvy market watching and mirroring trades by Walters’ friend, billionaire investor Carl Icahn. But prosecutors used phone records to demonstrate that Walters was prone to moving millions of Dean shares mere minutes after talking to Davis.

Walters is a renowned sports betting figure, having been profiled on 60 Minutes regarding his high-volume wagering with Nevada sportsbooks and internationally licensed online sportsbooks. Walters’ gambling fame is such that he has sued tout services for using his name without permission.

Professional golfer Phil Mickelson was originally part of the federal investigation into Walters’ insider trading, but Mickelson avoided prosecution after reaching a deal with the Securities and Exchange Commission that required Lefty to return $931k in profit (plus $105k interest) he made trading Dean stock following conversations with Walters.

Mickelson and Walters shared not only a passion for golf but also for wagering. In 2015, Mickelson’s name surfaced as part a federal prosecution of an illegal sports betting operation in which the golfer was alleged to be the customer identified as ‘P.M.’ who sent the sportsbook a $2.75m wire transfer.