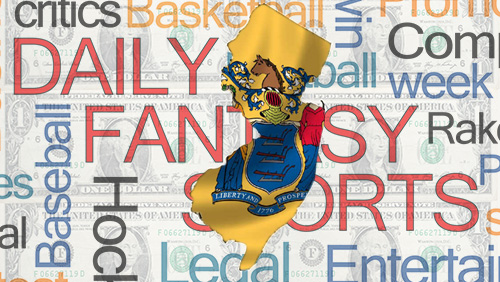 Daily fantasy sports is close becoming a regulated industry in yet another U.S. state.

On Friday, New Jersey senators voted 29-6 in favor of a bill that would legalize, regulate and tax daily fantasy sports in the state. The bill, A-3532, is now waiting for Republican Gov. Chris Christie’s signature.

Under the bill, fantasy sports operators will be required to pay the state “an operations fee in an amount equal to 10.5 percent of fantasy sports gross revenue for each quarter,” which, in turn, will be deposited in the state’s general fund. The Office of Legislative Services estimated that New Jersey could gain up to $6.6 million annually in revenue from the fantasy sports market, according to the New Jersey Law Journal.

The bill sets a number of conditions, including players must be at least 18 years old to play. It also stipulates that prohibits players under 18 to participate in fantasy sports activities in the state. It also allows casino licensees and licensed racetracks to partner with fantasy sports operators “to offer fantasy sports activities.” However, if a fantasy sports site is operated by a casino, all of its servers must be located in Atlantic City; and if a site is operated outside New Jersey, at least one server must be located in Atlantic City. People on casinos’ self-exclusion lists will not be allowed to play under the bill, which also prohibits daily fantasy sports operators from running games based on high school sports in the state.

A-3532 is one of the several measures that New Jersey lawmakers are looking at to help the state’s struggling casino and horse racing industries. The vote to pass the bill came several days after the U.S. Supreme Court agreed to hear the state’s challenge to a federal ban on sports betting.

The bill also marked another victory for the sector, as it defines fantasy sports as a game of skill rather than gambling. This means that companies with fantasy sports offerings will not be regulated by the Division of Gaming Enforcement. Instead, the industry will be regulated and overseen by the state Division of Consumer Affairs, which is part of the Department of Law and Public Safety.

In a statement after the Assembly vote, Mazzeo said, “The time is right for New Jersey to enter the fold with regulations aimed at providing strong consumer protections for our residents.”