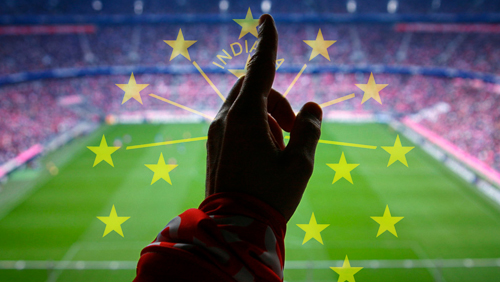 The debate over the legality of daily fantasy sports is intensifying but a number of states agree on one thing: it needs to be regulated.

S.B. 339, a bill that would legalize daily fantasy sports in Indiana, went before the House Public Policy Committee on Wednesday, after it passed the Senate by a vote of 38-11 earlier this month.

Discussion of the bill centred around whether the minimum age for players should be 18 or 21, and whether fantasy sports should count as a game of skill or a game of chance.

If passed, S.B. 339 would allow Indiana’s racinos and off-track betting operations to create their own fantasy sports games or sign contracts with an existing company. The bill would require companies to purchase licenses ranging from $175,000 to $335,000 a year.

A few amendments are expected, such as the fees that daily fantasy sports companies would pay to the state, as well as whether to move DFS regulation from the Horse Racing Commission to the Gaming Commission.

The House Public Policy Committee will vote on the bill on Wednesday. If it passes, it would move to the full House.

However on Thursday, the Arizona state Senate Judiciary Committee approved an amendment to S.B. 1515, which would legalize online fantasy sports gambling in the state, by a 5-2 vote.

Chairman of the committee Sen. Adam Driggs sponsored the bill. He introduced a similar bill (Senate Bill 1468) in 2014 but was voted down by the Senate.

Arizona AG Mark Brnovich sent a letter to DraftKings and Fanduel in November asking for records of any transactions with players from his state. He also questioned the process in place to block players from Arizona. The letter came after New York AG Eric Schneiderman’s lawsuit filing indicated that DraftKings took in $48,742 from Arizona players in 2014.

Another hopeful lawmaker, Georgia state Sen. Renee Unterman, has proposed legislation that she called a “consumer protection effort” for the estimated 1.5 million DFS players in Georgia.

The bill would ban under-18 players and set standards for operators and pay-outs. It would also require DFS operators to register in Georgia and pay an initial fee of $50,000 plus $10,000 annually.

The bill also aims to differentiate DFS from lottery games and slot-like machines, which are prohibited in Georgia. The state’s AG Sam Olens is reportedly investigating whether daily fantasy sports violate state law.

In an 18-16 vote, West Virginia senators approved HB 529, a bill that allows online fantasy sports leagues to operate in the state.

The bill notes that the state law doesn’t prohibit offering or participating in fantasy games, or impose fines or criminal penalties.

Unlike Georgia, the bill does not require any special taxes or fees from DFS companies to set up an operation in the state but games must tell participants about prizes before they start playing, and that skill and knowledge are necessary.

The bill now heads to the House of Delegates for consideration.