The future is bright for daily fantasy sports leagues in Massachusetts. In Florida, not so much.

Gov. Charlie Baker signed the $1 billion economic development into law on Wednesday, paving the way—among other things—for the legal status of daily fantasy sports in the state. 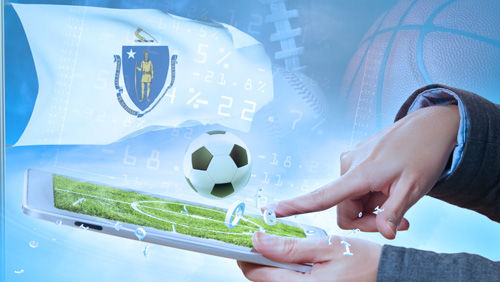 A provision in the bill specifically states that “a fantasy contest shall not be considered illegal gaming,” because it falls under skill-based games. However, real-money fantasy sports operators in the state must follow the list of consumer protections set by Attorney General Maura Healey last November.

Under the new law, fantasy sports operator can offer real-money contests legally until July 31, 2018. There are no fees or taxes associated with setting up a DFS business in Massachusetts, according to the new law or Healey’s regulations.

Baker described Healey’s regulations as “sort of directional guidance,” which the state turned into a statute “so that a company like DraftKings… can continue to be headquartered here in the commonwealth.”

Jason Robins, CEO of the Boston-based DFS operator, told MassLive: “This is a real sign of that, and it allows us to really permanently make this our home.”

DraftKings and rival FanDuel caught the eye of many state regulators and lawmakers last year, thanks to the increased promotion and coverage of DFS products throughout national TV broadcast networks during the first week of the NFL.

Meanwhile, Florida lawmakers got an earful from fantasy sports lobbyists who are hoping the state will finally clear the murky status of fantasy sports contests in Florida.

“We don’t want to kill it before it has a chance to thrive,” FanDuel lobbyist Jeremy Kudon said, according to Capitol News Service.

The proposal to regulate fantasy sports in Florida died in March after lawmakers opted not to vote on the state’s proposed gaming compact with the Seminole Tribe. Gov. Rick Scott was responsible for bundling the DFS language into the Seminole compact based on his fear that the tribe could use a standalone DFS bill as evidence that the state had violated the terms of the compact.

Had that bill passed, DFS operators in Florida would have been required to pay an upfront $500,000 registration fee, followed by $100,000 in annual renewal fees.