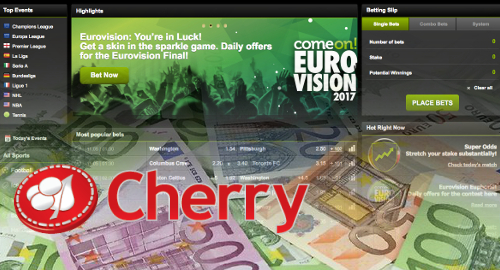 Nordic online betting operator Cherry AB is thoroughly enjoying the fruits of its recent acquisition spree after its Q1 revenue more than tripled.

Figures released Wednesday show Cherry’s revenue rising 205% to SEK 541m (US $60.6m) in the three months ending March 31, while earnings rose 224% to SEK 83m and profit more than doubled to SEK 36m. Even stripping aside significant contributions from the May 2016 acquisition of 49% of Malta-licensed ComeOn.com and Cherry’s subsequent absorption of the whole company, organic growth was 44%.

ComeOn’s addition was significant enough that Cherry now refers to its entire online division by that name. The ComeOn division’s revenue was up 282% to SEK 453.2m, more than half the SEK 830m the online division generated in all of 2016, while earnings margins rose three points to 13%.

Cherry’s online operations are still dominated by casino gaming, but the addition of ComeOn’s sportsbook business reduced the casino vertical’s revenue share to 85% from 99% in Q1 2016. Mobile revenue jumped to 54% from just 30% one year ago.

Cherry’s Game Lounge affiliate business also had a solid quarter, with revenue and earnings tripling to SEK 29.7m and SEK 14.5m, respectively. Cherry holds a 51% stake in Game Lounge, which currently operates in nine markets, and has an option to acquire the remaining 49% after this year.

Cherry’s new CEO Anders Holmgren says the company is focusing on consolidation following its recent acquisition spree, but noted that the company had grown as planned and with improved profitability. Holmgren said Cherry’s profile now covered “the entire value chain within gaming,” a transformation that leaves the company well-positioned for future growth.