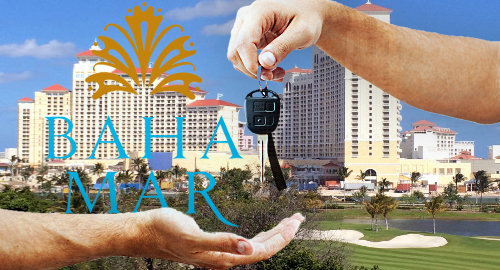 The Baha Mar resort casino project in the Bahamas has finally been granted its gaming license, just three weeks before the resort is scheduled to open to the public.

On March 31, the Bahamas Gaming Board held a public hearing into the suitability of Sky Warrior Bahamas Ltd to be issued a gaming license and associated certificates of suitability. On Tuesday, Tourism Minister Obie Wilchcombe announced that the Board had granted the documents following a comprehensive probity investigation.

The clock is now officially ticking down to Baha Mar’s scheduled ‘soft opening’ on April 21. Local media have voiced concern that Baha Mar’s operators have yet to mount any significant marketing campaign to ensure there will be guests to check into the property’s Grand Hyatt hotel, the first of three hotels scheduled to open at the resort.

Following last Friday’s hearing, CTFE Bahamas president Graeme Davis brushed off these critics because “they’re not in the lodging business – we are.” Davis insisted that the resort would begin booking guest reservations within days but appeared to hint that a significant portion of the Grand Hyatt’s rooms could remain unoccupied following the soft opening.

Referencing his comments last month that Baha Mar would likely open with invited, non-paying guests, Davis insisted that the soft opening plans were “not a sham.” Noting the numerous times Baha Mar’s previous owners failed to make their stated opening targets, Davis said it was important that his firm “open thoughtfully” and thus “ensure the experience is exceptional on day one.” Even if there’s only one guest.