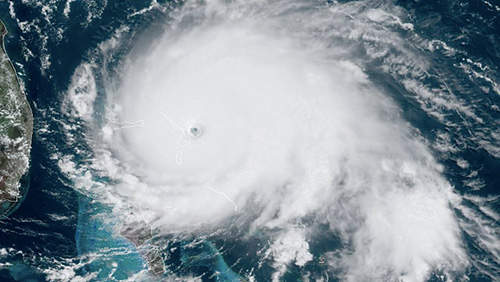 Hurricane Dorian just ripped her way through the Bahamas, leaving a massive trail of destruction behind her. It hit land as a furious Category 5 storm and, like the pirates that used to roam the waters in the Caribbean, was determined to take no prisoners. Of the 700 islands that make up the chain (only 30 being inhabited), the northern islands were hit the hardest, including Grand Bahama. However, it appears that Mother Nature is a gambling fan, as virtually none of the area’s casinos received extensive damage.

Resorts World Bimini, Baha Mar and Atlantis were spared Dorian’s wrath. Baha Mar said in a statement after the storm moved out of the area, “We are grateful the storm did not directly impact our associates, guests, and Baha Mar. We extend our deepest love, full support, and prayers to all those enduring the devastating impact and damages of this storm, especially our neighboring islands.”

Baha Mar operates a charitable foundation and has indicated that 100% of the donations received by the foundation are going to go toward helping the Bahamas rebuild. In addition, other resorts and casinos have stepped up, offering everything from free lodging to large donations. Atlantis Bahamas, for example, is behind an effort with the Red Cross to provide food and supplies to those affected by the storm. Its Atlantis Bahamas Hurricane Dorian Relief Fund was established to receive donations for victims, and indicates that 100% of the money will be used for relief purposes.

Unfortunately, not all casinos were spared. The Grand Lucayan Resort, located on Grand Bahama, saw it take a direct hit from Dorian. Both the government-owned property and the surrounding community were heavily damaged and the casino’s chairman, Michael Scott told The New York Times, It’s a catastrophic and dystopian mess. Other shelters which have been compromised are having their people decanted into our facility.”

Dorian came in with sustained winds of up to 185 miles per hour, deciding to hang out over the islands instead of continuing to move forward. Those winds, in certain areas, lasted for a minute, which seems like an eternity if you’re trying to dodge the blows. It was the strongest hurricane to strike the Bahamas since 1935 and entire towns on the Abaco Islands have now been completely wiped away.