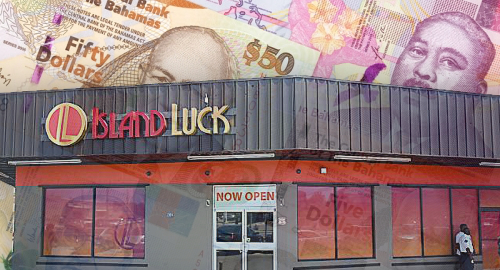 Bahamas ‘web shop’ gambling operators caught a tax break from the government, while shop customers won’t be taxed on their online casino winnings.

On Monday, the Bahamian Senate approved amendments to the country’s Gaming House Operator Regulations, following similar approval in the House of Assembly late last week. The approval hopefully brings an end to over a year of squabbling between the government and its gambling operators over what level of taxation the sector can handle.

Over a year ago, the government proposed a new variable tax rate on web shops, which offer both online casino and lottery (number) games via computer terminals in retail venues. Operators cried foul over this plan, as the proposed lowest rate (20%) on revenue up to $20m was nearly twice the 11% they had been paying, while the 50% rate on revenue over $100m was deemed a hike too far.

Following negotiations with stakeholders, the new tax plan starts at 15% for the first $24m of revenue, rising to 17.5% for revenue over $24m. At least, that’s the plan for now. Local media quoted Attorney General Carl Bethel saying there was “flexibility in the bill” that could allow the tax rates to go up or down depending on the country’s economic needs.

However, this winnings tax will only apply to lottery/numbers products, which represent around 45% of web shop operations. The Bahamas Tribune quoted country’s Tourism Minister Dionisio D’Aguilar saying that calculating the winnings from online casino products was too “complicated,” although he qualified that the online casino exemption was the plan “for now.”

Some Bahamians are a bit irate that the government decided not to impose any tax on winnings by international tourists at the nation’s casinos, such as Baha Mar. But AG Bethel claimed that tourists already pay room tax and their travel costs, so their winnings exemption was “a trade-off” that the government could live with.

There are currently seven web shop licensees in the Bahamas, and the government’s new rules are expected to boost the government’s annual tax take from its current $22m to between $32m-$34m.

Minister D’Aguilar also said he expects further consolidation of the web shop sector, with the market-leading Island Luck tipped to swallow up some of the sector’s minnows who may struggle under the new tax regime.

While the web shop industry has largely signed off on the changes, some operators are still in the government’s doghouse due to outstanding tax obligations. Three of the larger operators – Island Luck, Ultra Game and Chances, who together control 70% of the market – reached a tax settlement with the government in February, but the government is losing patience with the laggards.

D’Aguilar said last Friday that any web shop operator conducting business “without a license” – an apparent reference to the Bet Vegas chain, which was refused a license in 2015 but mounted an ongoing legal challenge of the government’s right to shut it down – should recognize that the government “will move with haste and determination to shut your illegal activities down.”

The amended gambling regulations empower the government to instruct local internet service providers to cut off services to any noncompliant web shop operator for at least 90 days. During this shutdown, the Gaming Board’s special investigative unit will conduct a probe of the offending operator, and the technical shutdown could be extended based on what that unit uncovers.