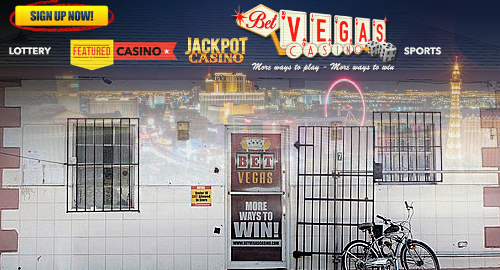 Last Friday, the Bahamas Tribune reported that an unidentified patron of the Everybody Wins web shop shot another customer several times on Friday morning. While the motive remains unclear, both the victim and his murderer are reportedly known to police.

The timing couldn’t be much worse, as licensed web shops – which offer online casino-style games via computer terminals as well as lottery products – are facing increased taxes on their gambling revenue, while customers face a 5% tax on their online gambling deposits and over-the-counter lottery sales.

The revenue tax took effect on July 1, while the customer deposit levy was postponed until September 1 after the government discovered that recertifying the operators’ digital operations was taking longer than expected. On August 15, Tourism Minister Dionisio D’Aguilar confirmed that the deposit tax would kick in as planned, whether operators were ready or not.

A study prepared for the Bahamas Gaming Operators Association suggested that the new levies would cost the sector at least $20m per year, due to customers reducing their gambling spending to account for their reduced purchasing power. Some web shop operators have projected that the sector could shrink by as much as one-third under the new financial reality.

BET VEGAS V. EVERYBODY
Last week, several operators told the Tribune that unlicensed web shops such as those operating under the Bet Vegas brand would thrive as customers migrated toward the untaxed offering. Bet Vegas was denied an operating license in 2015 but filed for a court injunction blocking the government’s efforts to close the business until the resolution of the case, which remains ongoing.

Bet Vegas president Anthony Brown claimed that his group had been “wrongfully and illegally mistreated” when its license application was rejected due to the government launching efforts to clean up the sector. Brown further claimed that the operators now assailing his business had “reaped the benefits of all the underhanded misfortune served upon Bet Vegas. So why are they now concerned?”

The Bahamas Gaming Board claims that it “only has the authority to enforce regulations on licensed premises,” and that this is a job for the Royal Bahamas Police Force. The Board says it has repeatedly reminded the cops that “the situation involving Bet Vegas continues to become problematic” but the police appear unwilling or unable to intervene.

While Friday’s shooting didn’t occur at a Bet Vegas venue, the incident could prompt the police to take a closer look at the overall bet shop sector. There are currently seven licensed web shop operators who enjoyed combined revenue of nearly $200m last year.