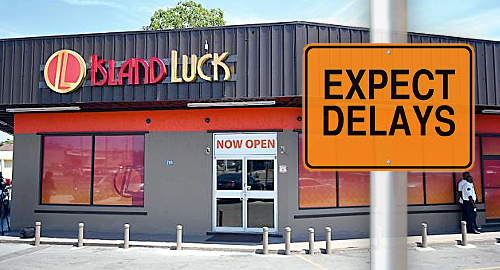 Gamblers in the Bahamas have caught a temporary break from the government implementing its controversial new taxes due to technical issues.

In June, the Bahamian government introduced its 2018-19 budget plan, which included significant tax hikes for web shop operators’ revenue, while their customers faced a 5% tax on all deposits and purchases of lottery products. The revenue tax kicked in as scheduled on July 1, but the punters’ taxes have been delayed until the end of August.

D’Aguilar said the process of re-certifying web shop operators’ computer platforms by independent third parties – Gaming Laboratories International, in this case – is proving “not so easy” as the government expected.

Tribune sources claim the government suspects that web shop operators are dragging their feet on making the necessary adjustments to their platforms in the hopes of putting pressure on the government to rethink its tax changes.

There are approximately 260-odd web shops in the Bahamas, which offer online casino and lottery games to customers via computer terminals in retail shops. Operators have threatened legal action against the government for moving the taxation goal posts, and have warned that shop closures will result from the operators’ increased overhead.

D’Aguilar said that while the government was open to having “a discussion” regarding the changes, it remained “adamant” that the new tax regime would “remain in force.” D’Aguilar futher claimed that it was still “too early to tell” if the industry’s forecasted closures and staff layoffs would play out as advertised.

The tax hikes were slammed in an industry-funded report by Chrstiansen Capital Advisors as “unprecedented” and “unique,” with the likely impact of ‘disincentivizing’ customers from topping up their web shop accounts.

The government has been accused of using the tax hikes to deter local residents from patronizing the web shops, which are viewed by some as a social ill. Web shop operators have claimed discrimination, noting that the island’s integrated resorts, including the new Baha Mar, were spared tax hikes in the new budget.