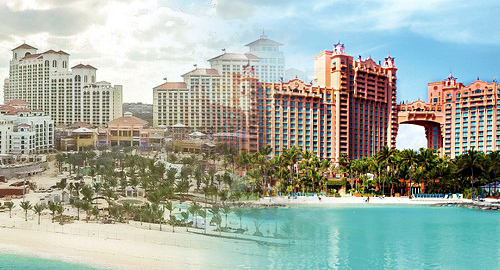 The Baha Mar casino resort is being credited for driving a nearly one-fifth rise in tourist traffic to the Bahamas.

On Monday, the Bahamas Tribune quoted Minister of Tourism Dionisio D’Aguilar saying that the island nation had welcomed 18% more air arrivals in the first quarter of 2018 than in the same period last year. And the new $4.2b Baha Mar integrated resort, which opened its doors to the public last April, is being credited with helping to drive the growth.

D’Aguilar said the additional 63k air arrivals have been ramping up since the year began, with growth of 7% in January, 16.7% in February and 26.1% in March. D’Aguilar projected the double-digit growth trend to continue through the current quarter.

D’Aguilar noted that the Ministry had decided to focus its marketing efforts online, following research that showed two-thirds of Bahamas-bound tourists booked their vacations online.

Baha Mar opened two additional hotel properties since its April 2017 soft-launch, and this month’s launch of the Rosewood-branded hotel effectively completes the resort’s phased opening. Baha Mar now operates a total of 2,300 rooms, suites and villas, in addition to the region’s largest casino and other amenities.

Even better for the local market, predictions that Baha Mar would cannibalize business at the Atlantis resort casino on Paradise Island have proven unfounded. Atlantis president Audrey Oswell announced last week that the property had enjoyed “one of the strongest first quarters in many years” and said business was running “well ahead” of expectations.

D’Aguilar echoed these comments, claiming that Paradise was “very bullish on the future” given the “very robust” numbers they’re seeing in occupancy and room rates. Baha Mar president Graeme Davis concurred, adding that Baha Mar would continue to work with the Ministry of Tourism and the Nassau/Paradise Island Promotion Board “to ensure the market grows instead of being divided.”

Who Wants To Be A Dumbass Millionaire?
John Blaise
17 February 2010
.