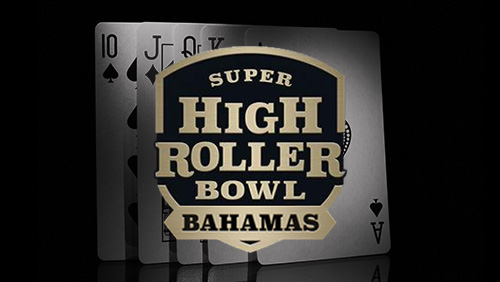 After a spectacular Super High Roller Bowl final table in the Bahamas, Canadian superstar Daniel Dvoress has taken down the top prize of $4 million after coming out on top of a final table of eight players.

In what is by far Dvoress’ biggest-ever poker result, eclipsing the $1.1 million he won in a Triton Short Deck event earlier this year, the Canadian got the better of pros such as Erik Seidel, Jason Koon and Justin Bonomo on his way to victory at the Baha Mar Resort.

When eight players gathered at the final table, they were the finalists from 51 entries. Short stack at the time was Erik Seidel, but the former WSOP Main Event runner-up would not bust first, not by a long chalk.

It was the second-highest player on the all-time money list, Justin Bonomo, who departed the action first, and he was barely out of his seat before he was joined on the rail by two other big names in Jason Koon (7th for $637,500) and Steve O’Dwyer (6th for $765,000).

With the field thinned slightly, the business end of the event had been reached, and a huge hand would change the momentum irreparably. Seth Davies had reached the final table with the chip lead, but he lost all of his chips in a massive clash against the eventual winner Dvoress.

Faced with a call for all of his stack on the river, Davies used not one but four time extension chips to ponder his decision. In the end, he called with just king-high on the paired board, but it was a doomed hero call, Dvoress showing his two-pair to triumph and take the lead.

With four left, Erik Seidel was next to leave the party, the veteran’s flopped flush draw seeing him commit many of his chips against Dvoress’ bottom set. The turn brought a pair too for Seidel, and the river saw Dvoress make a full house, and the chip leader moved all-in. Seidel saw Davies’ time extension use and trebled it, using 12 time extension and considering the decision for a full six minutes.

That’s 20 seconds more than The Beatles’ song A Day in the Life.

Eventually, Seidel made the call and was given the same bad news that Davies had been – he was out, and it was the wrong call.

It would take some time for the match to reach heads-up, with Dvoress contributing a lot of chips to Wai Leong Chan’s pursuit of the title. But Kathy Lehne was short, and she needed a premium hand to get back into the fight. Finding pocket aces, Lehne was in good shape when all-in and at risk against Wai Leong Chan’s pocket sixes. Improbably, however, a six on the river saw Lehne leave the table.

With Wai Leong Chan and Daniel Dvoress starting the heads-up with Dvoress holding an almost 2:1 lead, Chan couldn’t get any traction at all, losing a series of small pots to have an eight of Dvoress’ stack. The two men were all-in in the final hand where Dvoress’ ace-nine held against Chan’s jack-seven, and in doing so, won him the tournament and the biggest poker result of the Canadian’s career.