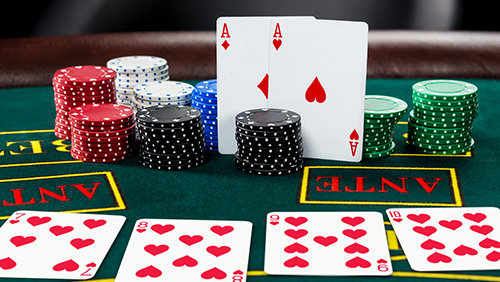 Another day and another high stakes win at the Triton Poker Super High Roller Series after John Juanda defeats Daniel Dvoress, heads-up, for the HK$250,000 Short-Deck title in Montenegro.

When you sit down with the greatest minds in the game and ask them to declare their greatest achievement, most wax lyrical about remaining at the top end of the game for so long. Credit where credit is due, few on this earth have been a fixture in the highest stakes for as long as John Juanda.

If he were a seal, no club would touch him. The 47-year-old has won $25.2m playing live tournaments over a period spanning more than two decades, and yesterday, he earned his 34th career title after beating the in-form Daniel Dvoress in the end game of Event #6: HK$250,000 Short-Deck No-Limit Hold’em at the Triton Poker Super High Roller Series in Montenegro.

The event attracted 65-entrants (inc. 29 re-entries), and there wasn’t a single turtleneck sweater in sight. These were players with nothing to hide. Especially, Juanda, who had only been playing Short-Deck for nine months. He’s a rapid learner – this was his third final table in that format since he landed in Tivat airport.

12-players returned for Day 2, with the impressive Daniel Dvoress howling like a hungry wolf at the top of the pack. Eight players would leave with something to show for their troubles, but not Danny Tang, who exited stage left on the money bubble losing KhQh to Sergey Lebedev’s AsJd.

Tang’s exit meant Paul Phua extended his run of Triton ITM finishes to 12. The Triton founder is still after his first win, however, after leaving in eighth. Michael Soyza left in seventh, and then the tournament was shorn of the only man who knows his way around the jungle, baby. Daniel ‘Jungleman’ Cates got it in good, as he typically does, with aces versus jacks, but Wai Kin Yong rivered a straight to send Cates over to the beer pong table, where he partnered with Tom Dwan no less.

Sergey Lebedev fell next when his QsJs failed to beat Peter Jetten’s AdQc when all-in pre-flop. Jetten then passed those chips to Juanda when the latter rivered a king to connect with AK after the Canadian got it in on the turn ahead with top pair.

Dvoress, Yong and Juanda exchanged the chip lead when three-handed before Juanda prevented Yong from winning a third title after kings smashed KdQd. The heads-up affair went the way of Juanda after he flopped a flush holding QdJd on KdTd8d. Dvoress was the aggressor, opening with pocket aces, and also c-betting the flop. The pair checked the Kc turn before Dvoress bet 1.5m on the 8c river, and then a 9.2m shove from Juanda that ended his tournament life.

Despite not picking up a trophy (we have one tournament remaining), Dvoress can be happy with his week in Montenegro, making five final tables, and collecting $2.7m (gross). For Juanda, this is his second Triton title after winning the Main Event in Macau in 2017 for $2.8m.

PokerStars Players Meeting Statement: “We Deeply Regret That we Are Not Bringing Back Any Good News.”
Lee Davy
25 January 2016
.