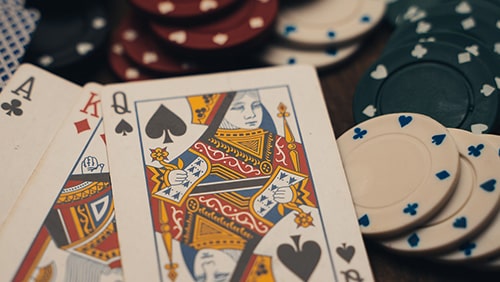 The final World Poker Tour World Online Championships event of the series saw Michael Addamo win the heads-up battle against Isaac Haxton after both players guaranteed themselves $1.2 million in winnings. The fact that the winners only deserve half the headlines tells you what a dramatic finale it really was.

The day started with seven players remaining, but only six would be paid. Coming to play 7th in chips was British player Charlie Godwin, who won her $100,000 buy-in from a $109 satellite ticket on partypoker. The ROI on that ticket depended on who would bust first,

With almost a quart of a million dollars for finishing 6th and nothing for coming 7th, it was all on the first player to bust and as it happened, that took an hour of nail-biting action, with Daniel Dvoress the unlucky player to leave with nothing. Busting to Sergi Reixach, his elimination meant everyone was in profit, although some a lot more than others.

Next to go would be German player Christoph Vogelsang, and after he departed, Linus Loeliger couldn’t survive having drifted short.

As if things hadn’t already gone like a dream for Godwin, it was about to get better. A lot better. With four players left, Sergi Reixach looked a strong favourite to make heads-up, or at least make third. Instead, a smart Godwin fold saw the Spaniard implode, frittering away 50 big blinds, busting to Isaac Haxton and vaulting the gleeful Godwin up to 3rd place when her last 15 big blinds went in soon after and lost out, earning $620,000 from a $109 satellite.

Heads-up, both Addamo and Haxton were close in chips and agreed a deal where there would be $30,000 left over for the eventual winner. Both players would enjoy the lead at various points, but when it swung to Addamo a final time, Haxton couldn’t recover and the title belonged to the Australian, with both men enjoying a million dollars profit.

A stunning win for Adaamo and a wholly enjoyable online series from the World Poker Tour, with many new champions adding their names to the WPT Mike Sexton Champions Cup – a tournament befitting the late, great man’s historic contribution to poker in general and the World Poker tour specifically.