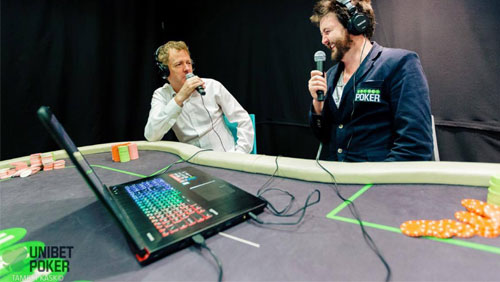 Lee Davy sits down with the Unibet Ambassador, Dave Lappin, to talk about his vision behind The Chip Race Podcast, what he would have said to Jesus just before the crucifixion and much more.

In 2015, Dave Lappin and Dara O’Kearney, two professional poker players from Ireland, created a podcast called The Chip Race. Not through choice, the pair went all Stone Roses on us and only produced a single season.

A few months ago, the Swedish online poker crew at Unibet signed the pair as Ambassadors and with that decision came a second season.

I caught up with Lappin to talk about his vision behind The Chip Race and subject him to the Q&A lottery, and this is how it went down.

Who is Dave Lappin?

“I have been playing professionally for the past decade. When I started, the games were really good. Obviously,  they’re much tougher these days, but I’m still plying my trade. I lived in Connecticut for a few years and played there. I moved back to Ireland in 2011 and played the local scene, mainly live. Played the European circuit for the last six years and these days I live in Malta. That enables me to play more of the Eastern European scene, and see a few other countries I have never visited before. And I still play a lot, online.”

Has there ever been a time when you have considered doing something else?

“Maybe around now would be the closest. At the start, there was a learning curve, and it took me about a year to get my first $20k roll, which is the point where a lot of poker players like to reach psychologically – so they can take the swings and make some decent money.

“The next 5-6 years were the best I have had in poker. There have been some good ones in the past five years, but some not so good, but I guess that’s the nature of the beast these days. Online is still the bread and butter.”

I believe you are having your first child in the next few weeks, does that additional responsibility make you worry about having poker as your profession?

“It didn’t but maybe now that you say it, it should! Poker has been very good to me over the past decade. I am in a decent spot. I originally wanted to be a screenwriter, and in my early 20s, I worked in TV and film. Then I went to college and spent seven years studying philosophy – so no career there obviously!

“At the moment I am working really hard with the great people at Unibet and 23D Productions to relaunch my podcast: The Chip Race with my friend Dara O’Kearney. For me, it’s an exciting project because I get to do a bit of both. I have ten years in poker and a yearning to create content, and while eventually, I would love it to be a screenplay and TV show, in a smaller and condensed sense getting to produce and edit this podcast allows me to bring two of my life’s loves together.”


Tell me about 23D Productions

“Marc Convey and his friend James and Jason started the company. Marc’s links and contacts in the poker world make it great because he is very talented and also surrounded by talented people. He has moved to Brighton and shares studios with a digital audio company called Sharp Stream who are going to help us with The Chip Race.

“Marc has always been one of my favourite people in poker. He has a generosity of spirit and exceedingly good taste. He is surrounded by good people because he is a good guy himself and people are attracted to that. I think he is still a poker player deep down. He has a bit of gamble in him and wants something a bit more, and that’s very admirable and noble.”

You only recorded seven episodes of The Chip Race back in 2015. Were you and Dara considering a Season 2 before Unibet came along, or were they the catalyst?

“To answer that question I have to go back to the beginning. A podcast company in Dublin wanted to create a slate of lots of sports podcasts and poker was a part of that. They approached Dara and me to do one season to try and attract a sponsor. Unfortunately, the company dissolved and there was no second season.

“What Dara and I realised over the next year, is that although we got good feedback, particularly in the Irish community, it was a bit of sleeper hit. It gathered a following after we had finished it. So naturally, we were keen to bring it back and enthused to do more.


“When Unibet came along a few months ago and asked us to be Ambassadors it was the first thing we pitched. We were keen to make it a Unibet orientated podcast, but it’s not a Unibet show. Unibet is supporting our vision, and that’s the nice thing about David Pomroy and all the Unibet crew. They want their ambassadors to express themselves. They don’t just want people to tow a party line.”

“I believe it should, first and foremost be entertainment. An amount of strategy and coaching stuff should be part of that but only one aspect of a balanced show. In 2015 we did a lot of brainstorming and decided that it should be modelled on a radio hour, segmented with one long interview taking the bulk of the second half. We also wanted a news of the week piece and a couple of smaller interviews.

“I suppose I want people to end each episode wanting more. I am very influenced by Stephen Colbert and late night shows, particularly the political satire stuff. I wanted to create a poker variety show that’s edited nice and tight. With Dara, we were well equipped to pitch the show to the upper echelons of the poker world but we wanted the show to be pitched at a broad demographic. If you tune into the show, and it’s broken into seven segments, you might like five of them and maybe not like two, but you have confidence that there are only 5-6 minutes and you will be back listening to something you like before long. 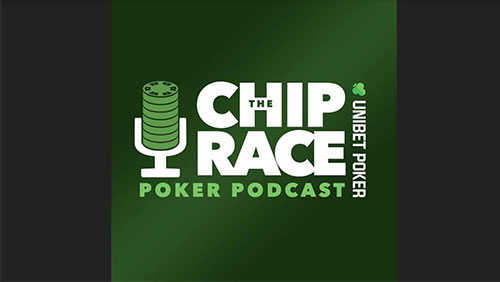 “I want to give a shout out here to Fergal Nealon and his wonderful guest Annette O’Carroll. On our very last episode of Season 1 in 2015 after myself and Dara slogged hard getting the best interviews we could from the best in Ireland, Fergal blew us all out of the water with a field report with the school teacher and veteran of the poker world Annette. She had a perspective on the game like no other.”

“I am drawn to people who have an angle on the game or are entertaining for some reason. It doesn’t matter what stakes they play. I follow interesting life stories. That’s the beauty of poker. People come from all over the map, and the one thing that unites us all is we do a fairly odd thing. People don’t always respect you and are sceptical of what you do. This feeling puts you on the periphery and people who make it often have interesting stories from the outsider point of view.

“To answer your question, I would like to interview Daniel Negreanu. I’m not a huge Negreanu fan, and I have been critical of him, but it sure would be fun to do a hostile interview with him.”

The Q& A Lottery Round

If you were to have bells ringing very loudly in your ear every time you did a certain thing what would it be and why?

“It would be something domestic, probably leaving the toilet seat up or a wet towel on the floor because I am always getting a bollocking for that.”

If you could ruin someone’s reputation who would it be and how would you do it?

“It would have to be a political figure, and there are some pretty despicable ones at present. I would go for Trump as it would have the greatest benefit for the world. It would be fun to take him down by having a copy of the Russian Pee tape.”

Who is the most gullible person you know?

“My friend and fellow Unibet Ambassador, Ian Simpson, is pretty gullible. He’s a really nice guy and I like to troll him a lot. He has this infectious positivity that rubs off on people, so a miserable bastard like me just has to take advantage that. Not on the poker table, he’s too canny there, but definitely off the poker table. You could definitely plan a long con wind up on him and after saying that, I think I will get working on one now.”

If you could have asked Jesus Christ one thing before the crucifixion what would you have asked him and why?

“What drugs have you been taking for the past 3-4 years and can I have some.”

If you had a bust of yourself sculpted where would you place it and why?

“It would have to be a bust of me on the toilet, and I would place it in my the toilet, so people have to see me when they go to the toilet.

It’s a shame this is not on video; we could have seen your toilet face.

“If we were on a video you would have seen my toilet face because I have done the entire interview sitting on the toilet.”

I bet he already has a bust of himself sitting in the toilet. His answer was far too quick for my liking.